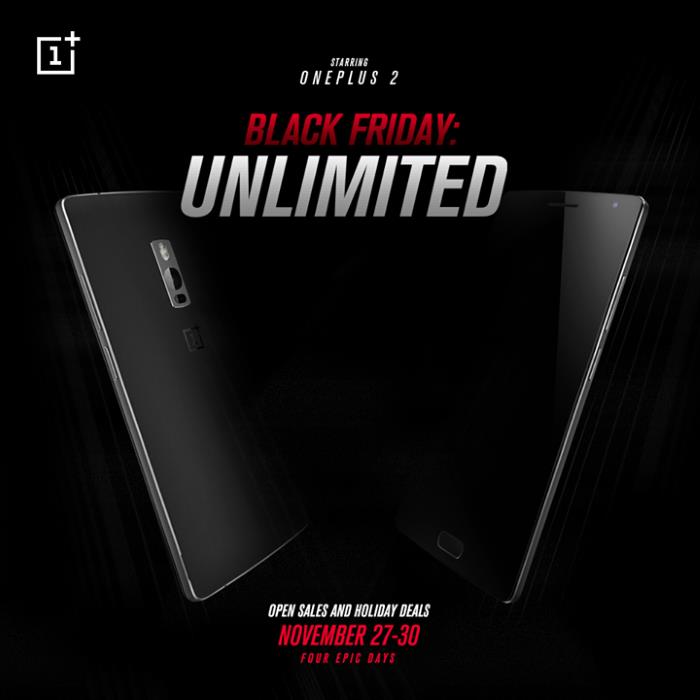 If you’re one of those people who want to purchase the OnePlus 2, but don’t have an invite, there’s a good news for you.

Customers interested in the OnePlus 2 will be able to get the handset from November 27th to November 30th as a part of the Black Friday deals.

There are going to be some holiday deals as well, but the details about them aren’t revealed yet — the company wants us to stay tuned to their social media channels to know more about them.

As for the OnePlus 2, it comes with an excellent set of specifications on board, including a 5.5-inch display with a resolution of 1920 by 1080 pixels, with the processing handled by the Qualcomm Snapdragon 810 processor. There’s 4GB of RAM, 64GB of internal storage, a 13Mp camera for photos and videos, a 5MP front-facing camera, a 3,300 mAh battery and ships with Android 5.1 Lollipop as its operating system out of the box. There’s also a variant which ships with 3GB of RAM and 16GB of internal storage.

Anyone interested in picking up the OnePlus 2 during the Black Friday? Let us know using the comments below.