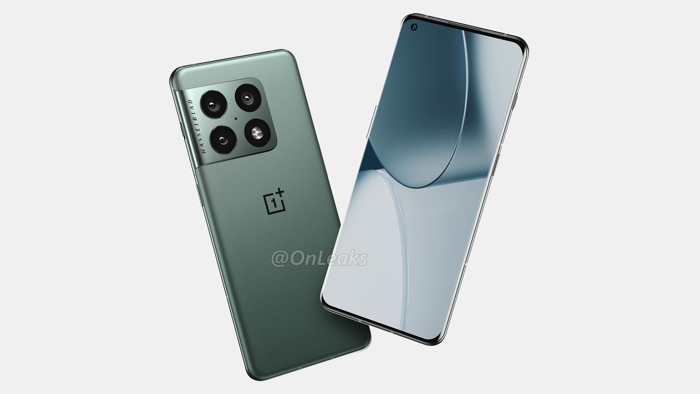 OnePlus is expected to launch their new OnePlus 10 Pro smartphone in 2022 and now it would appear we may have some details on the handset.

Some renders of the handset have been released by @OnLeaks and 91Mobiles and this gives us an idea of the design of the new OnePlus flagship smartphone.

Some specifications have also been revealed about the new OnePlus 10 Pro smartphone, the handset will apparently feature a 6.7 inch AMOLED display.

The display on the handset will feature a QHD+ resolution and it will come with a 120Hz refresh rate, the device will also come with the new Snapdragon 8 gen 1 processor (Snapdragon 898).

The handset will come with a range of RAM and storage options, this will include 8GB and 12GB of RAM, it will also come with a choice of either n128GB or 256GB of included storage.

The new OnePlus 10 Pro smartphone will have a range of high-end cameras, this will include a 48-megapixel wide-angle main camera, plus a 50-megapixel ultrawide camera and two more cameras. On the front of the device, there will be a 32-megapixel camera which is designed for taking Selfies and for making video calls.

The device will also feature a 5000 mAh battery and fast charging and it will come with an IP68 rating, it is expected to launch in China in late January or early February and more countries in April.