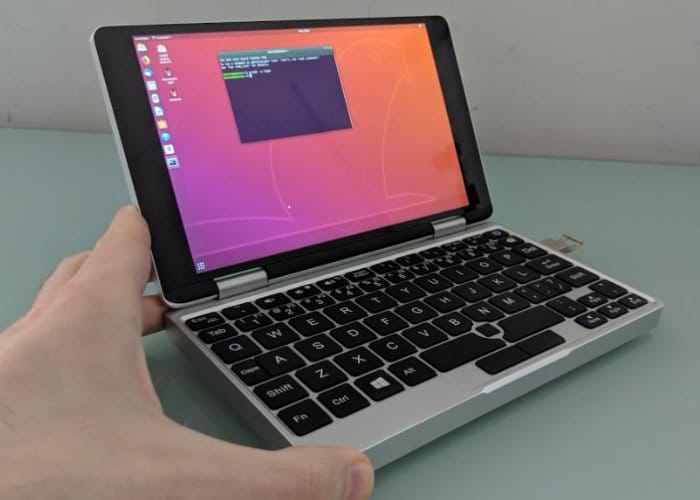 If you are interested in learning more about the performance, features and design of the new One Netbook One Mix Yoga mini PC book running the Ubuntu 18.04 Linux operating system. You’ll be pleased to know that Brad Linder over at Liliputing has published an in-depth article explaining exactly that and has also created a demonstration video which is embedded below.

If you are interested in installing the Linux Ubuntu 18.04 operating system on your One Netbook One Mix Yoga mini PC when it arrives next week pre-installed with Microsoft’s latest Windows 10 operating system. You’ll be pleased to know that Brad also offers instructions on what you need to do to be up and running as quickly as possible with the recently-released Ubuntu 18.04 Linux operating system.

The new One Netbook One Mix Yoga mini PC book is now available to preorder priced at $460 and includes an Intel Cherry Trail x5-Z8350 Quad Core processor Supported by 8GB DDR3 and fitted with128GB eMM of storage. The mini laptop is also equipped with a 7″ IPS screen offering users a resolution of 1920 x 1200 pixels and comes preinstalled with Windows 10 operating system.

To learn more about the new Ubuntu 18.04 Linux OS jump over to the official Ubuntu website for more details and a webinar to see how Ubuntu and OpenStack can power the next generation of workloads. “Ubuntu is an open source software operating system that runs from the desktop, to the cloud, to all your internet connected things”.