Gamers that are interested in comparing how the older Xbox 360 and PlayStation 3 games consoles compare when side-by-side and alongside the next generation Sony PlayStation 4 and Microsoft Xbox One games consoles.

You are sure to enjoy this three-minute video which makes it easy to compare the consoles running Metal Gear Solid V: Ground Zeroes. Check it out after the jump to see a full comparison of old and next-generation games consoles. 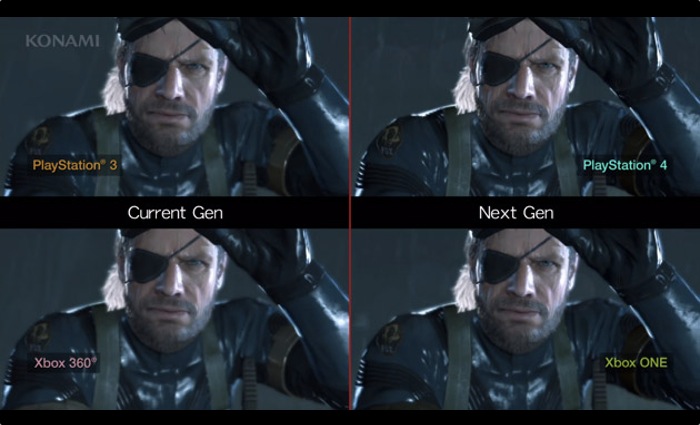 “Since “METAL GEAR SOLID V: GROUND ZEROES” is a multi-platform game, we have taken the opportunity to test the differences in how each version of the game plays. The videos below show an overview of these differences, which we hope will help to decide which version is right for you.”

The Microsoft Xbox One is powered by a customised AMD Jaguar 8 core processor is equipped with a graphics processor that is tailored for Direct X 11 graphics. Together with 32MB of high bandwidth embedded ESRAM which is supported by 8GB of RAM that when combined offer support for full HD video in 1080p and the new Ultra HD 4k video standard.

The Sony PlayStation 4 console is equipped with 8-cores of AMD Jaguar processing power supported by 8GB of GDDR5 RAM together with a next generation AMD Radeon graphics card to process your games graphics. Other features of the next generation PlayStation 4 console include a 500GB storage drive, together with 2 x USB 3.0 ports, and 1 x AUX port, Wi-Fi, Bluetooth 2.1+EDR, and HDMI port.