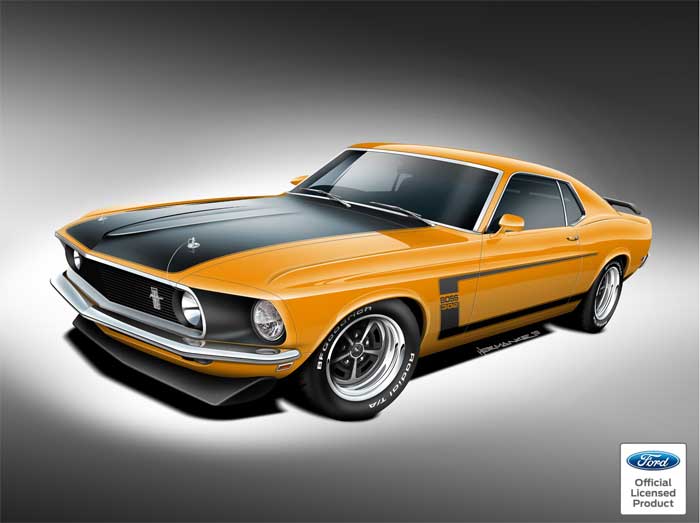 A company out of Oklahoma called Classic Recreations has announced that it has landed a deal with Ford that will see it able to build officially licensed 1969-1970 Ford Mustang Boss 302, Boss 429, and Mach 1 Mustangs. Each of the vehicles will be built to customer specs and have the latest in Ford chassis and drivetrain configurations.

The Boss 429 will be built from an original 1969 or 1970 Mustang body or the buyer can opt for a new licensed body from Ford. The car will be fitted with a custom-built Boss 429 engine with an updated valvetrain, EFI, and engine management system.

The Boss 302 and Mach 1 offerings will be made with either original ’60s Mustang bodies or new bodies from Ford. The 302 will have a current Coyote 32 valve engine or a 363ci stroker using a 302 block. The Mach 1 will be offered with any engine option the company offers, including EcoBoost four cylinders or an FE big block. Pricing and exact availability are unknown.