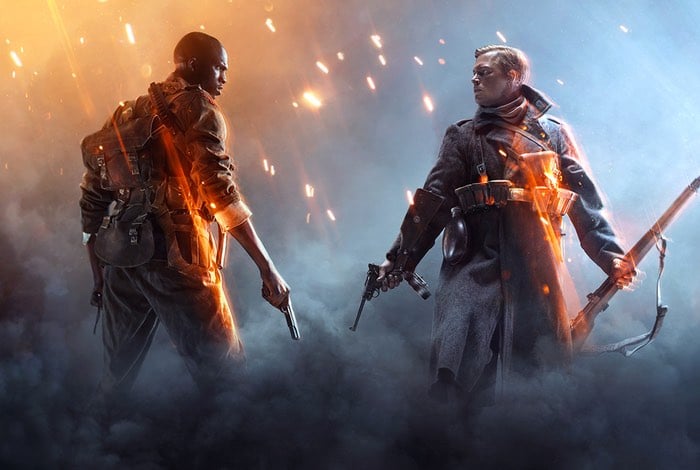 At E3 2016 this week EA has released a new gameplay trailer for their new upcoming Battlefield 1 game which is currently under development and will provide gameplay where 64 players can engage in battle.

Battlefield 1 is an new upcoming first-person shooter (FPS) video game set during, World War I and has been developed by EA DICE and published by Electronic Arts and is the 14 instalment in the Battlefield franchise.

Players can make use of World War I weapons, including bolt-action rifles, automatic and semi-automatic rifles, artillery, flamethrowers, and mustard gas to kill opponents. Melee combat was reworked, with DICE introducing new melee weapons such as sabres, trench clubs, and shovels into the game. These melee weapons were divided into two groups: heavy and light.

Players can also take control of various armored vehicles, including light and heavy tanks, armored trucks, biplane aircraft, and battleships, as well as ride horses into battle. Destructible environments and weapon customization, features present in the previous games, return in Battlefield 1. According to the game’s designer, Daniel Berlin, the campaign mode has larger and more open environments than those in previous instalments in the franchise, with more options and choices in terms of paths to completing levels and how to approach combat

Experience the Dawn of All-Out War, Only in Battlefield 1.

As soon as more information is released regards gameplay for Battlefield 1 ahead of its official launch on October 21st 2016 we will keep you updated as always.