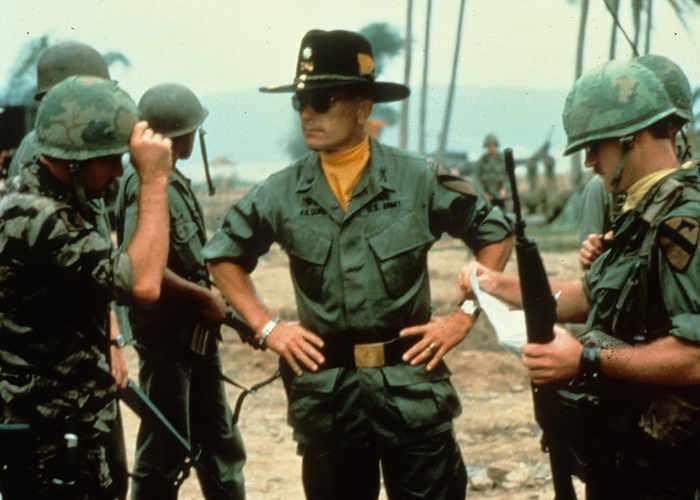 Apocalypse Now fans might be interested to know that ErebusHas launched a Kickstarter campaign this week to raise the $900,000 they require to create an official and authorised game adaptation of the iconic Apocalypse Now movie.

The Apocalypse Now game will take the form of a first-person RPG with survival and psychological horror elements, during which you will explore the jungles and rivers of Vietnam in first person perspective, say the development team.

Check out the promotional video below to learn more about what you can expect from this new RPG which has been described as “Fallout: New Vegas on acid in the middle of the Vietnam War”.

– Your ultimate mission is to assassinate Colonel Kurtz, a rogue American officer who is accused of forming a private army and operating “totally beyond the pale of any acceptable human conduct.”
– Combat is often your last resort; the wise soldier will avoid the ever-looming enemy at all costs.
– Maintaining resources and relationships is key to your survival and your success.
– You will play Captain Willard.
– And you have a mission, but between receiving your mission in the hotel room and meeting Colonel Kurtz, how you journey upriver on PBR Streetgang is up to you.
– You will engage in dialog, like in most roleplaying games, but you are a Special Forces operative, so your dialog will be like Captain Willard’s dialog.
– You aren’t chatty, you get to the point, but you are friendly and charming when you want to be. You are alienated.  You are entertaining alternate points-of-view about the war and the world.
– But you are also an assassin.
– An assassin doesn’t fire their weapon unless they have to.
– So you will creep through the jungle.
– You will engage in what everyone calls “stealth gameplay.” Your sneaking will be based on both your personal skill and your character skills (which will be built out by you as you gain experience during your journey up the river).
– Why character skill?
– Because this is an RPG. You are building your version of Captain Willard, not ours and not necessarily the movie’s.
– Your skills will affect your dialogues, what dialogue choices you have, and will open up different avenues of approach to the characters in the world.
– Character Skills for you personally will have their greatest impact on two things: 1) how you interact with the characters you meet; 2) how you navigate the jungle.
– How stealthily or combat-intensive is your approach?
– Why personal skill? And what do we mean?
– We do not mean twitch gameplay. This is a game about survival, horror and stealth.  You’re a member of the special forces.

What we do mean is:
– How do you tactically and strategically approach the game as a Player. Paying attention to details in the environment including the lighting like in the Thief series.
And why do we care?
– Because this is a psychological horror game where the narrative gameplay and your interactions with the other characters drives the story; but we have the confidence to leave the steering wheel in your hands. Let you drive.
– It might be our mission, but it’s sure as hell your boat.

For more information on the new Apocalypse Now game jump over to the Kickstarter website for details by following the link below.