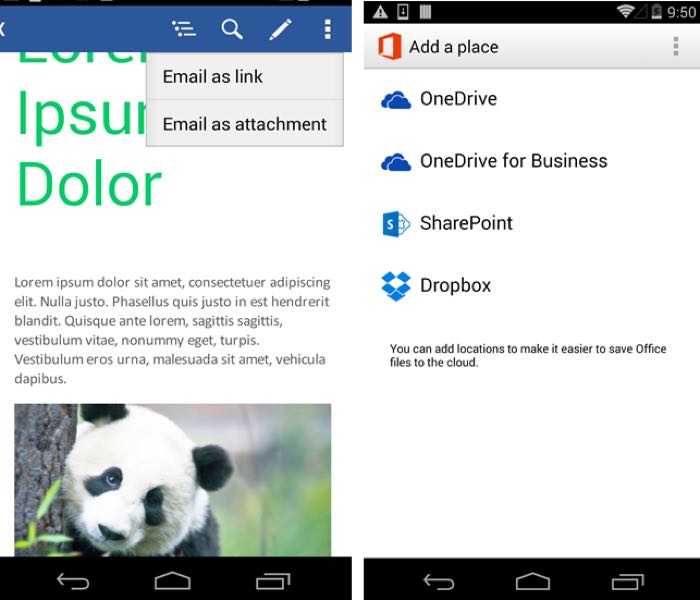 Microsoft has announced that they have updated their Microsoft Office app for Android, and the latest version of the app comes with the ability to share content from OneDrive and also support for Dropbox.

Two weeks ago we announced a partnership with Dropbox to make it easier for Dropbox users to use Office on their phones and tablets. Since then we shipped updated apps on iOS to enable a seamless connection between Dropbox and Office for easy access, editing and sharing—right from Word, PowerPoint and Excel apps.

The latest version of Microsoft Office for Android is now available as a free download from the Google Play Store, you can find out more details about the app over at Microsoft at the link below.