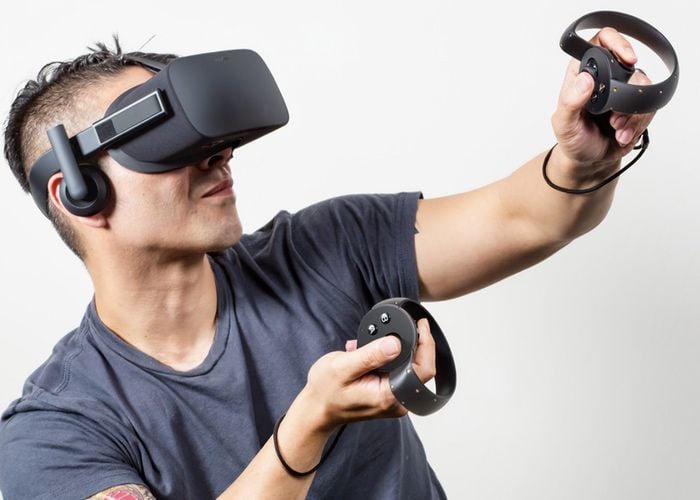 During the recent E3 games event in June Oculus VR founder Palmer Luckey in an interview with the Road to VR website revealed that the company will be making their Constellation Positional Tracking API available to third party developers to use.

Before E3 kicked off last month Oculus VR unveiled their new consumer virtual reality headset and Oculus Touch controllers that will be made available to pre-order before the end of the year and available to purchase early in 2016.

Luckey explains more about the development of the Touch controllers and how they add to the immersive VR experience that the Oculus Rift VR headset is capable of producing.

Making the right set of compromises and tradeoffs to make a pretty universal VR input. – It’s never going to be better than truly optimized VR input for every game. For example, racing games: it’s always going to be a steering wheel. For a sword fighting game, you’re going to have some type of sword controller. For things that are really about fine-grain finger interactions, it’s probably going to be maybe even some type of glove or computer-vision based hand tracking solution.

…we’re going to be opening up our tracking API for people so then they’ll be able to make peripherals that are tracked using our tracking system. – I think you’re going to see people making peripherals that are specifically made for particular types of games, like whether they’re steering wheels, flight sticks, or swords, or gun controllers in VR.

As soon as more information is announced regards a pre-order date for the Oculus Rift and Touch controllers we will keep you updated as always.