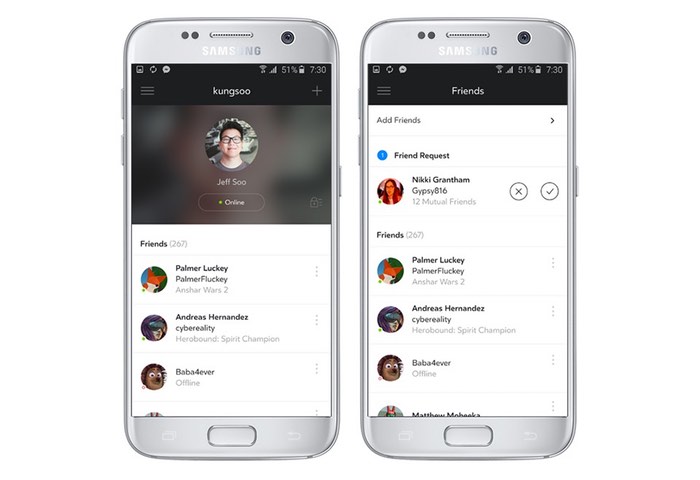 Have today announced the launch of a new application called Oculus Social which has been designed specifically for the Samsung Gear VR and from today allows users to create a profile and search for others on the platform by real name or Oculus username.

The launch of the application is ahead of the new social games that will be arriving on the Gear VR that will allow users to meet friends or compete with others from around the world. Oculus explains more about some of the features and games you can expect to enjoy in the coming months using the Gear VR hardware.

Today we’re adding new, made-for-VR games to Gear VR that let you team up with friends or compete against people from all over the world. Social Trivia, created by Oculus, is a new game that lets you and up to four friends compete in a battle of knowledge. Look for it in the Concepts section of the Oculus Store. We’ve also added the ability to create rooms with friends in Oculus Social. Now you can watch Twitch or Vimeo streams in a room with people you know.

Herobound: Gladiators, the multiplayer adventure game, is now available on the Oculus Store. Band together with up to four people to conquer goblins and demons in arena battlefields. Use integrated voice chat to talk and strategize in real time for co-op action. Also, starting tomorrow, you can leave user reviews for all apps on the Oculus Store. We look forward to your feedback.

For more information on the new Oculus Social For Gear VR jump over to the Oculus website for details via the link below.