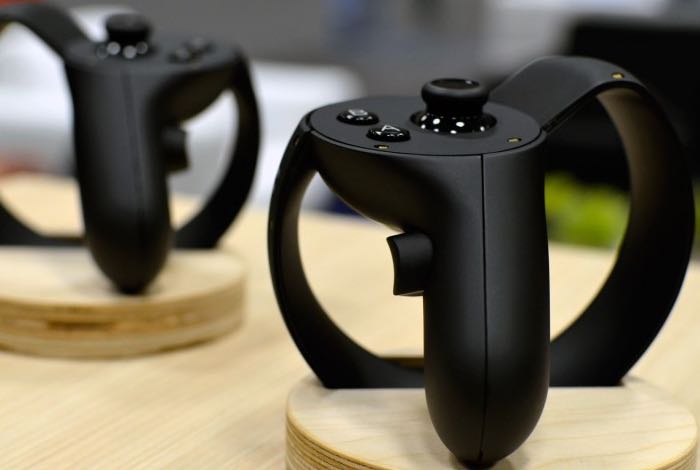 During the recent E3 game conference in Los Angeles Oculus VR demonstrated the Oculus Rift being used with the new room-scale tracking features to compete with the likes of Valve’s ‘room-scale’-capable Lighthouse tracking system.

At E3 Oculus VR unveiled their new consumer Oculus Rift headset together with their new Oculus Touch hand controllers specifically designed for virtual reality environments and applications. In the video below you can see the Oculus VR technology demonstrated

Ben Lang from the Road to VR website explains :

At E3 2015 I got to see the new Oculus Touch VR controllers for the first time. I’m very impressed with the design, and think that right now they take the cake over any other motion input controller in terms of ergonomics. But tracking performance and volume is also important in evaluating which solution is best. We knew Oculus would nail tracking, given that their ‘Constellation’ system has been well demonstrated since the DK2 developer kit, but the company has never shown large volume experiences with their headsets, until now.

Jump over to the Road to VR website for more details and an interview with Oculus VR founder Palmer Luckey via the link below.