O2 has today announced that they will be using the awesome Oculus Rift virtual reality headset to help give rugby fans a different perspective of the game from the eyes of the English rugby squad.

O2 is the partner of the England rugby squad and will be using the Oculus Rift fully immersive 360 degree virtual reality headset to create their new ‘Wear the Rose’ experience for fans to enjoy. 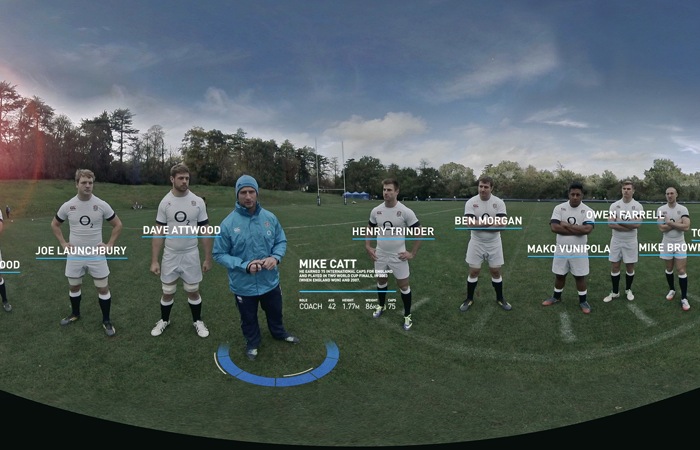 The experience will use the technology of the Oculus Rift as well as nine GoPro Hero 3 action cameras that will be mounted into custom-built gambles specifically created for the new experience. O2 explains a little more about the new ‘Wear the Rose’ experience they have created:

“‘Wear the Rose’ from O2 will allow fans to be immersed in a multi-sensory take-over and feel as though they are part of the Senior England Rugby Team, whether it’s a team talk from Captain Chris Robshaw, getting tackled by hooker Tom Youngs, or receiving a pass from fullback Mike Brown.

After developing the technology to capture the video, it took a further 160 hours of filming and 320 hours of development to create an experience that allows users to turn their head in any direction, with the content responding and moving in unison, displaying a full 360-degree visual spectrum.”

O2 Will be releasing more details about the new Oculus Rift ‘Wear the Rose’ experience later this month as well as announcing where it will be possible to experience the new technology first-hand.