EVE Valkyrie developers and the makers of the Oculus Rift virtual reality headset, which originally launched on the Kickstarter crowd funding website. Have today announced that they will be combining forces to co-publish the new and highly anticipated EVE Valkyrie space combat game which is based on the hugely popular EVE Online universe. 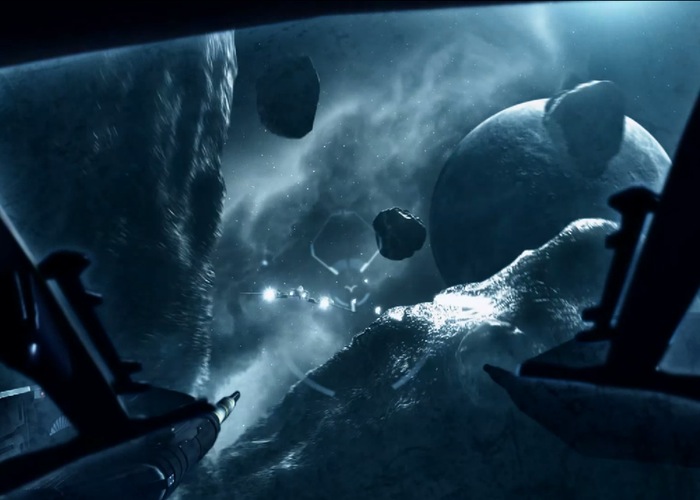 CCP Games is the developer behind the EVE Valkyrie game who will now work alongside the Oculus team to create the very first AAA game exclusively for the Oculus Rift headset. Oculus VR explained on their website :

“Since its debut at EVE Fanfest last year, Valkyrie has been a brilliant showcase for the power of VR and hands-down one of our favorite Rift games. At E3 2013, Valkyrie came away with a half-dozen awards including Best Game of E3 from PC Gamer and Most Innovative Game from IGN. Valkyrie was also a key part of the award-winning Crystal Cove demos at CES this year.”

We strongly believe the best VR experiences are going to be the ones built from the ground up for VR, and we’ve kept that in mind whilst developing Valkyrie. We wanted people to really feel like they were there – to sense the vastness of space, feel the confined area of the cockpit and get that adrenaline rush as you see an exploding fighter whizz past your head.

In a very short amount of time this passion project became a full fledged CCP project which we’re now working on in Newcastle. It’s hard to believe how far we’ve come in a year!”

The EVE-VR development is currently looking to employ more skilled developers to help advance the made-for-VR content, so if you think you have the skills and talents to push the team forward, jump over to the Oculus VR website for more details.