In an MTBS3D thread, started by Jademalo, user StellaArtois has been developing Minecraft Oculus Rift support, which is still currently a work in progress.

Watch the video after the jump to learn more about the Minecraft Oculus Rift support project and see it in action. 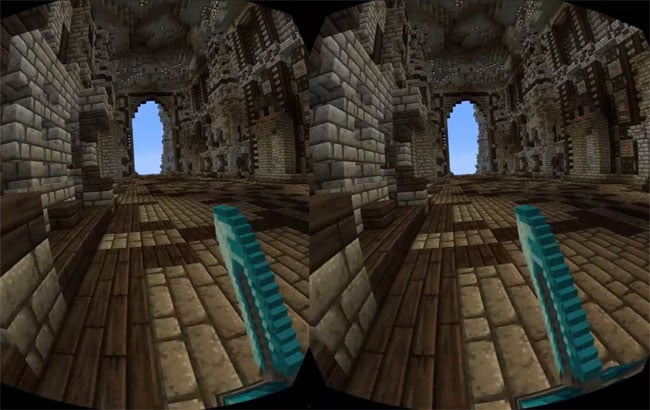 User StellaArtois explains a little more about the Minecraft Oculus Rift support he is unofficially developing :

“With the recent release of the Oculus Rift Dev kits I have been looking all around for games to try out with my Oculus Rift. I have played everything from Team Fortress 2 / Mirriors Edge to a Roller Coaster Simulator.

However when I saw that Jademalo was working on making Minecraft compatable with the oculus rift I immediately gave the alpha versions a try. It’s a little complicated to setup but he provides a great explaination on how to setup the whole thing and the experience in minecraft with the oculus rift is worth it! “

For more information on the new Minecraft virtual reality support jump over to the MTBS3D website for details.