Another awesome demo has been released this week showing what the Oculus Rift virtual reality headset is capable of and some of the features that might be available in the future within games and applications.

Developer Kelly Weaver has published a YouTube video showing the Oculus Rift developer kit combined with full body awareness, that allows you to see a pair of virtual arms and carry out virtual gestures whilst viewing the world through the Oculus Rift virtual reality headset. Watch the video after the jump to learn more about the Oculus Rift Full Body Awareness project and see it in action. 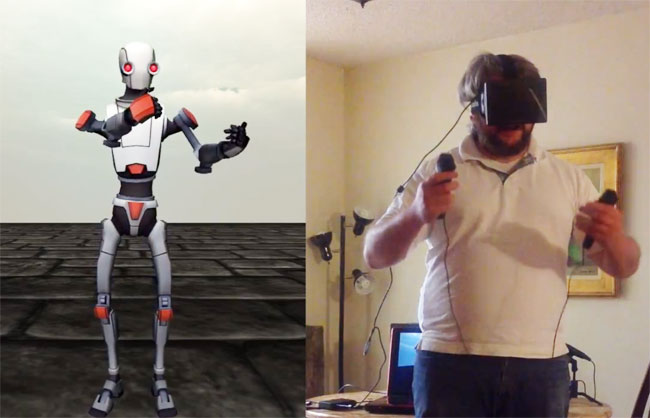 “Demonstrating the progress I’ve made on having full body awareness in my flying project. Forgive the fact that the simulation is a little off. I accidentally turned a little to the left, and as such, it caused the robot’s arms to skew a little. Believe me, it is very, VERY accurate.”