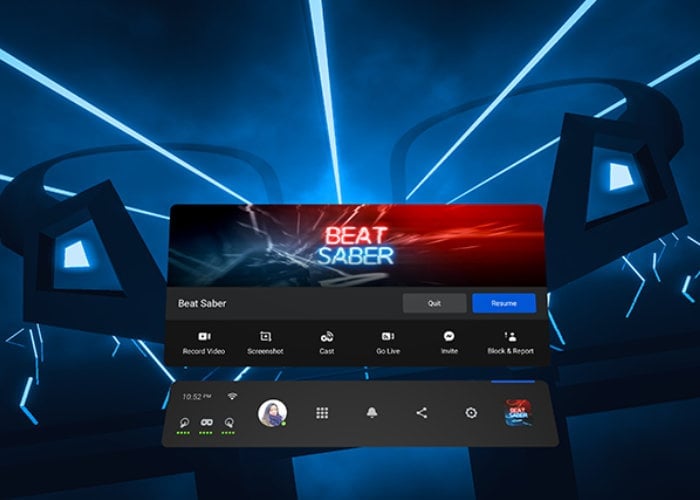 This week Facebook have announced a complete redesign of the Oculus Quest system experience, thanks to feedback from its community. Facebook explains “as we worked on this system redesign, we listened to feedback from Quest users, and we’ve learned what they want in a premium VR platform.”

– They want to be able to find and launch their favorite and recently-used apps quickly and easily.
– They want shortcuts to access and control important system functions, like viewing notifications and adjusting brightness.
– They want simple ways to share and connect with others, both inside and outside of the headset.
– They want to run multiple apps simultaneously in order to do more and be more productive.

“The VR platform of the future must enable people to multitask easily, navigate between apps seamlessly, stay connected with others, and quite simply do more. From gaming to media and entertainment, from social experiences to getting work done, VR as the next computing platform will support the full spectrum of uses that people expect from their devices, like phones and laptops, today. As a step toward that future, we’re unveiling a major update to the Oculus Quest system experience that makes VR more flexible, social, and easy to use than ever before. It comes with a completely redesigned universal menu, new immersive overlays, and multi-window support for 2D apps starting with Oculus Browser—and these updates are launching as Experimental Features later this month.”

Features of the new Oculus Quest system experience include :

More information on the new design, new features and what you can expect in the near future jump over to the official Oculus Blog.