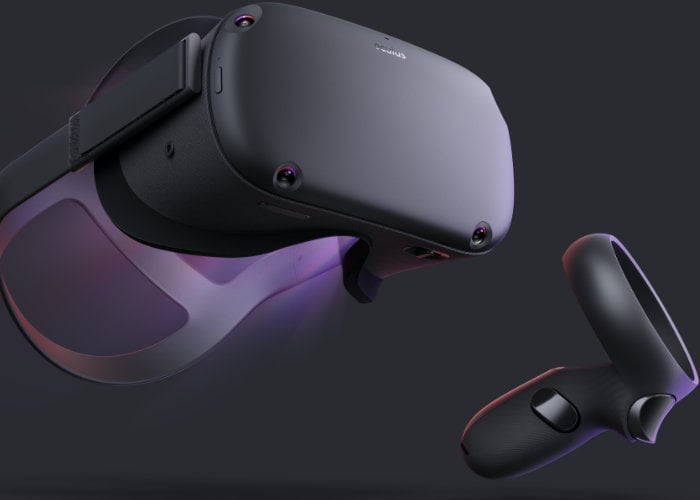 Facebook has announced that its Oculus Quest virtual reality headset will be receiving support for ‘Prototype’ OpenXR later this month. Enabling developers to build “prototype” Quest and Rift applications using the OpenXR API instead of the Oculus API.

Facebook and Oculus have played a central role in the development of OpenXR™, and we’re excited to announce that a prototype version will be available for developers in an update in the coming weeks. The team has been working long and hard on this, in partnership with other platforms, as we know how important it is for the development community. OpenXR will help reduce overhead for VR/AR developers and hopefully provide consumers with more choice. We are committed to bringing a best-in-class implementation for both PC and Mobile platforms this half.

What Is OpenXR?
OpenXR is a royalty-free open standard from The Khronos® Group created for the development of high-performance VR applications that run on multiple platforms. OpenXR aims to simplify VR development by enabling developers to reach more platforms while reusing the same code. To learn more about using OpenXR to develop VR apps, visit the OpenXR 1.0 Specification page at the Khronos website. Khronos also provides API reference documentation and a PDF reference guide that provides an overview of the API.

OpenXR for PC Development and Mobile SDKs
The Oculus PC and Mobile SDKs will include the resources necessary to use the Prototype OpenXR API for native C/C++ development of Oculus Rift Platform apps and Android apps for Oculus Quest respectively. OpenXR offers an alternative development path that allows developers to create portable code that can be used on devices from multiple vendors. Stay tuned for more information when Prototype OpenXR ships in the weeks ahead!