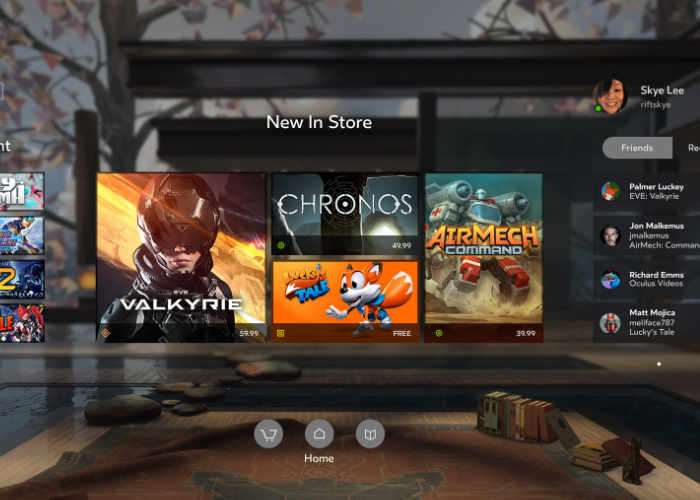 This week Facebook owned virtual reality company Oculus has rolled out a new update to its Rift platform rolling out version 1.17 which brings a number of new features, tweaks and enhancements for Oculus Rift users to enjoy.

The latest version of the software also adds extra support to the Home Platform which is now capable of launching all apps that support the Rift even if you acquire those apps from outside sources such as Steam.

Oculus lists all the features and bug fixes in the latest update :

Oculus Library:
– You can now see detailed release notes for recent app updates, including the Oculus system software, from the Updates screen in Library.
– You can now quickly launch all apps that support Rift from within the Oculus software, even if you acquired those apps from outside the Oculus Store.

– Parties for Rift: In Oculus Home or Universal Menu, select a friend and choose Invite to Party. Friends in your party can chat with you across Rift apps, or wherever you go in VR. Each party can support a total of 4 people at a time.
– Mixed Reality Capture: Further improvements to the calibration tool.