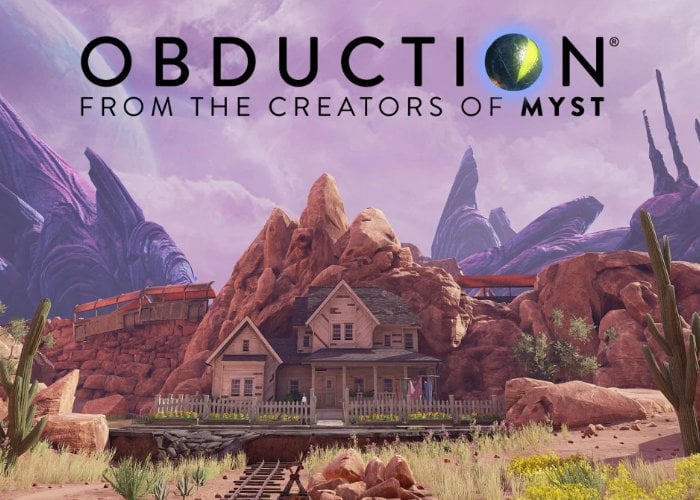 After previously being launched on PC, Mac OS and PlayStation 4 the video adventure game Obduction from the creators of Myst and Riven, has landed on the Xbox One platform. Obduction was originally created after a successful Kickstarter campaign back in October 2013 and was first released on PC in August 2016 before rolling out to other platforms.

“From Cyan, the indie studio that brought you Myst, comes a new sci-fi adventure. As you walk beside the lake on a cloudy night, a curious, organic artifact falls from the starry sky and inexplicably, without asking permission, transports you across the universe. You’ve been abducted from your cozy existence and added into an alien landscape with pieces of Earth from unexpected times and places. The strange worlds of Obduction reveal their secrets only as you explore, discover, coax, and consider their clues. As you bask in the otherworldly beauty and explore the enigmatic landscapes, remember that the choices you make will have substantial consequences. This is your story now. Make it home.”

“In Obduction, the player’s character has been abducted from Earth by aliens and transported to one of several alien worlds, with the goal of trying to find a way home. The game, played out as an adventure game from the first-person perspective, has the player exploring the environment of several different worlds, which includes a mix of alien landscapes and familiar human settings, solving puzzles, and making decisions that can influence how the game ends.[3] The game features traditional navigation controls for first-person games as well as a node-based point and click system. Many objects in the game can be selected and examined in a full three-dimensional view, allowing the player to discover possible hidden drawers or features that aid in puzzle solving.”