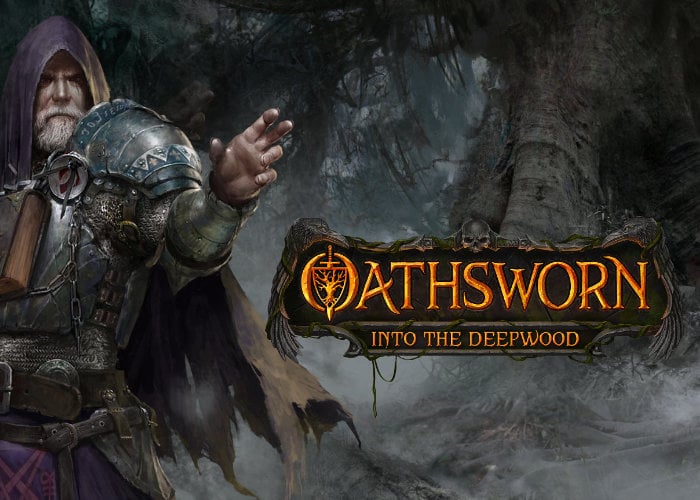 Shadowborne Games has taken to Kickstarter to launch its Oathsworn: Into The Deepwood board game that offers a 1-4 player dark fantasy board game with an epic story, brand-new mechanics and giant monsters. Check out the promo trailer below to learn more about the latest for game to pass $1 million in funding on Kickstarter. The game comes with its own companion application available for both Android and iOS.

“Oathsworn: Into the Deepwood is a dark fantasy RPG miniatures game set in a fully realized world. For the first time, we are bringing together a novel-sized, interactive audio book and tabletop miniature battles. Before fighting an encounter on the tabletop you will embark on a hunt through an interactive storybook presented in hardback or read to you through your companion app. With the aid of beautifully rendered maps you will choose your own path to find your foes, gather allies and make decisions that affect how the story unfolds. There are real consequences to your actions as you learn the lore of this strange world and track down what saner people would flee from.

Oathsworn battles are a flurry of blades and teeth, plastic and dice, focusing on boss fights called Encounters. With a host of giant 100mm monsters and hand crafted multi-phase encounters you are plunged into a life or death experience that will take all your guile and grit to survive. Customize your Free Company characters, skills and equipment before each fight, learn the enemy’s weaknesses and bring them to a swift end.”

Pledges are available from $99 or roughly £82 and worldwide shipping is expected to take place during December 2020.

Features of the Oathsworn Into The Deepwood board game :

“The monstrous Deepwood has consumed the land. No farms or fields remain. There is only corruption, rot and the endless shadow of the twisted trees. When the Deepwood came, mankind collapsed in on itself – ravaged by starvation and the stuff of nightmares. Clawing their way out of this abyss, barely clinging to life, were the great cities. They are all that survived of the old world and now stand alone, as if islands in a sea of death.

Life is cheap in the cities. A lack of resources and burgeoning populations have pushed many to extremes. Some even go so far as to accept the ‘King’s Pledge’ and brave the Deepwood to try and make a new home for themselves. However, out in the darkness is a new frontier. The King has promised, ‘If you can hold it you can keep it’, but few have succeeded. Mankind is assailed by the creatures of the Deepwood who constantly search for weaknesses in the city walls, trying to break the fragile shell protecting the soft humanity within. Hope is scarce, but not extinguished for there is always the Oathsworn.”