We know that NVIDIA’s successor to the popular Tegra 2 processor will be called the Kal-El, a quad core processor, and now details of NVIDIA’s future processor have been revealed in their latest roadmap.

After the new Kal-El processor NVIDIA will be releasing a Kal-El+ processor, and after that there will be the Wayne and Grey processors, the Wayne is reported to be about five times faster than the current NVIDIA Tegra 2 processor. 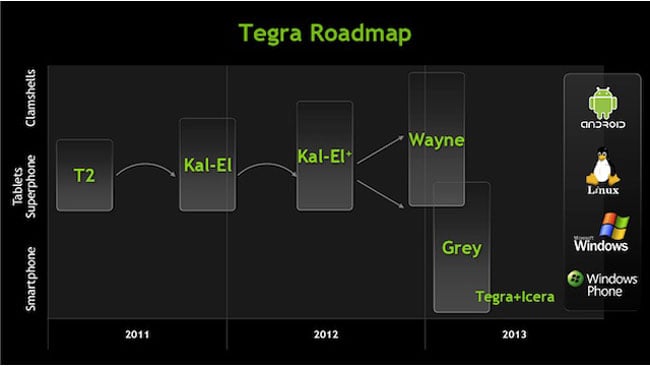 Microsoft currently uses Qualcomm processor for Windows Phone devices, and it looks like NVIDIA may be intending to change this with its new Grey processors, which are reported to be a low cost chip with an integrated baseband.