Nvidia has released new Nvidia Tegra 4 specs this week in an interview with Nvidia’s Technical Marketing team, who revealed a little more detail about the new processor and its benchmarks. 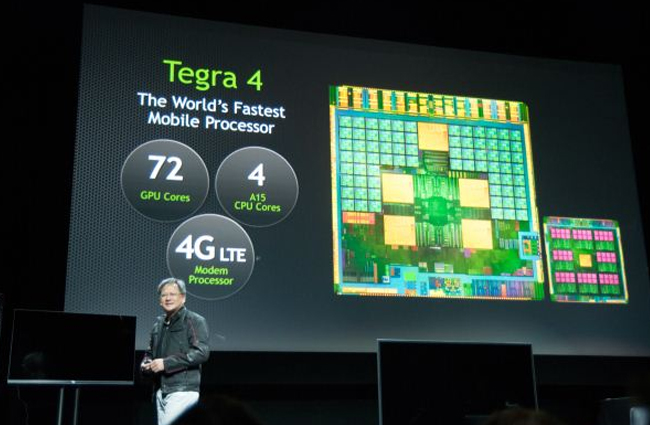 The 9 minute Nvidia Tegra 4 specs video showing the interview Android Authority’s Darcy Lacouvee, also shows a demonstration of a Nvidia Tegra 4 device, up against the dual-core processor of the Nexus 10, with interesting results, showing just what the new Nvidia Tegra 4 processor is capable of.

In the recent benchmarking results published by a number of tech website the results were pretty similar across the board and revealed results for : AnTuTu: Over 36,000, Quadrant: Over 16,000, CF-Bench: Over 41,000, SunSpider: Under 500ms. Showing that the Nvidia Tegra 4 specs are definitely build for power and performance. Nvidia explains:

The Nvidia Tegra 4 processor has been created to harnesses ARM’s most advanced processor cores ever, plus a second-generation battery-saver core, to deliver record levels of performance and battery life.