NVIDIA has also announced the arrival of their new NVIDIA Tegra 4 i500 Soft Modem, which is capable of pushing 1.2 trillion operations per second. 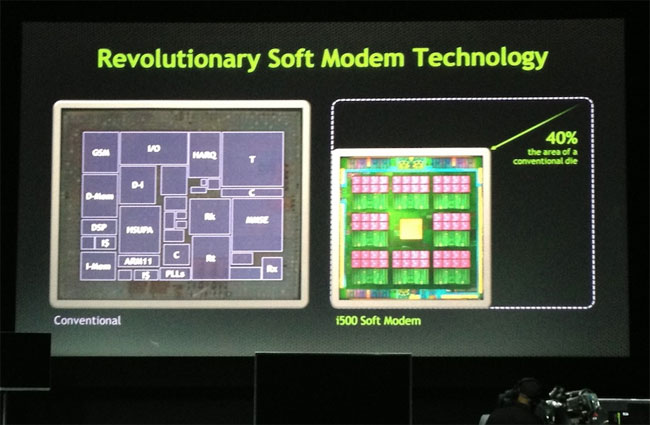 The new NVIDIA i500 Soft Modem has been developed using their purchase of Icera and uses the companies new Tegra 4 processor, and is reprogrammable with software to work with a lot of different networks.

The new Tegra 4 modem chip is 40 percent the size of a conventional baseband chip and Nvidia will begin sampling its first wireless modem, the “i500,” later this month. Huang says its software Intelligence has many structural advantages over the “leading 4G modem,”.