A launch price for the new Nvidia Shield handheld gaming console was announced by Nvidia earlier this week of $349 and now Nvidia have been demonstrating their Nvidia Shield at the Google I/O conference this week. Watch the videos after the jump to learn more about the Nvidia Shield project and see it in action.

The Nvidia Shield will be available to pre-order from a range of retailers from the 20th of May, including Newegg, GameStop, Micro Center and Canada Computers. 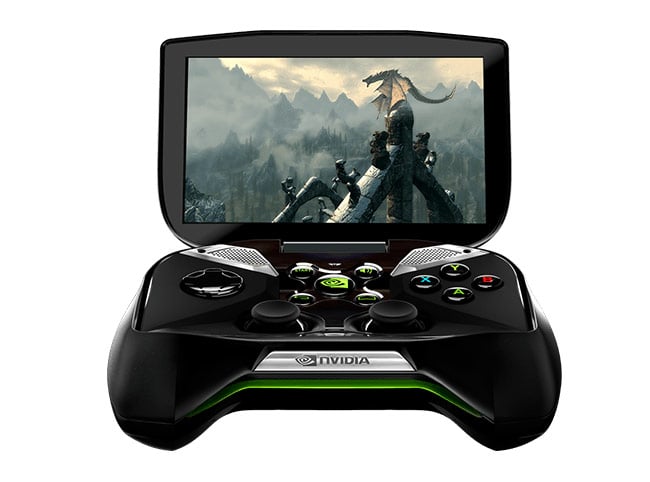 The Nvidia Shield is equipped with a 5 inch HD display with a resolution of 1280 x 720 pixels and has been designed to play both Android and PC games.

The Nvidia Shield is powered by a NVIDIA Tegra 4 processor, supported by 2GB of RAM and a full size console gaming controller which features dual analog joysticks, full-sized D-Pad, left & right analog triggers, together with full-sized bumpers and A/B/X/Y buttons.