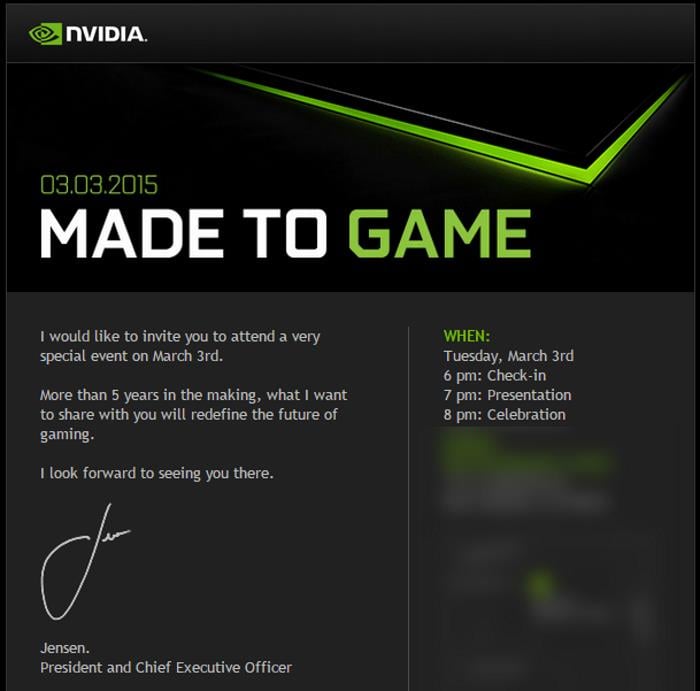 NVIDIA has sent out press invites for their event on March 3rd in San Francisco where the company is expected to announce a new gaming product.

The invite mentions the product is in the making for the last five years, and will redefine the “future of gaming.”

There’s no word on what the company may unveil at the event, but it could be anything, a new shield tablet, the new Tegra processor showcased at the Consumers Electronics Show or a GPU. NVIDIA Shield tablet successor is a possibility as well — a rumor hinted it will launch with a Tegra X1 processor in mid-March.

For those of you who don’t know, the Mobile World Congress 2015 is also scheduled to kick off in the first week of March in Spain, and it’s not surprising to see NVIDIA holding a press event on US shores. Many manufacturers have scheduled their events for early-March in Barcelona where the companies are expected to take the wraps off their flagship products, and it would be a surprise if NVIDIA showcases their upcoming product at the mega event.

We’ll update you with all the happenings from the show floor at the Mobile World Congress 2015.