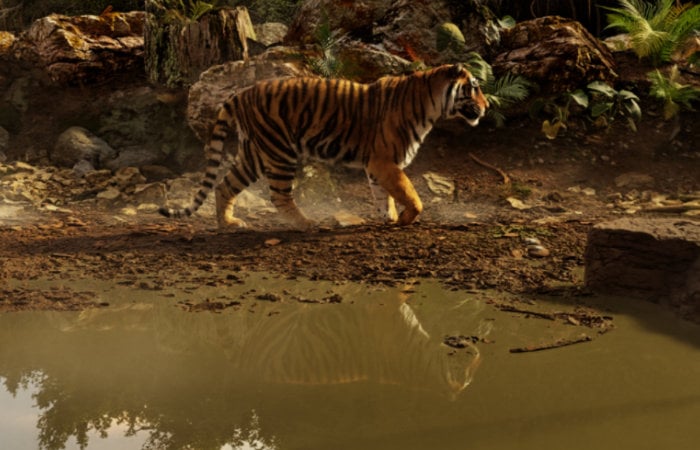 At this summers top graphic conferences NVIDIA researchers are showcasing groundbreaking advancements they have made for real-time graphics applications. Presenting work featuring real-time path tracing and content creation tools for artists, creators and gamers with much of the technology based on “cutting-edge AI techniques” says NVIDIA. Tackling the hardest unsolved problems in graphics with new tools that advance the state of the art in real-time rendering.

“To make a scene completely realistic, creators must render complex lighting effects such as reflections, shadows and visible haze. In a forest scene, dappled sunlight filters through the leaves on the trees and grows hazy among the water molecules suspended in the foggy air. Rendering realistic real-time imagery of clouds, dusty surfaces or mist like this was once out of reach. But NVIDIA researchers have developed techniques that often compute the visual effect of these phenomena 10x more efficiently.”

“The tiger itself is both illuminated by sunlight and shadowed by trees. As it strides through the woods, its reflection is visible in the pond below. Lighting these kinds of rich visuals with both direct and indirect reflections can require calculating thousands of paths for every pixel in the scene. It’s a task far too resource-hungry to solve in real time. So our research team created a path-sampling algorithm that prioritizes the light paths and reflections most likely to contribute to the final image, rendering images over 100x more quickly than before.”

If you are interested in learning more about the advancements in real-time graphics NVIDIA has made jump over to the official NVIDIA log by following the link below.