Most gamers have experienced a little screen tearing at some point during a game to their annoyance, but this week Nvidia has announced a new Nvidia G-SYNC technology which it has developed that has been developed to eliminate screen tear experienced on PC games. 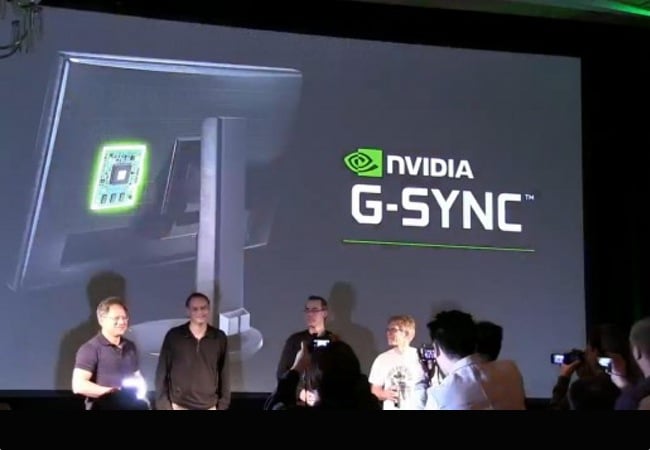 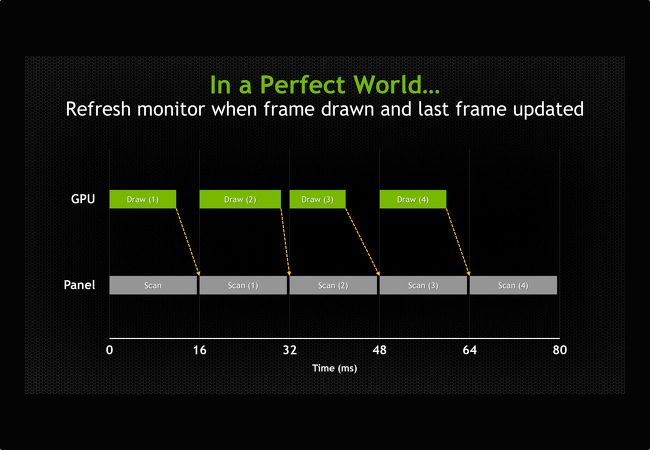 During Nvidia’s announcement of the new Nvidia G-SYNC technology this week, groundbreaking game developers such as id software’s John Carmack, Epic’s Tim Sweeney and DICE’s Johan Andersson appeared on stage promoting the new technology. The Euro gamer website explains a little more about the issues the new technology has been designed to correct:

“A fundamental problem facing gaming is that the monitor operates on a clock that is separate and distinct from your console or PC. On a typical 60Hz display, the screen refreshes every 16.66ms. If the games machine has a frame ready, it can synchronise with the display, but it absolutely needs to have the next frame ready in the next 16.67ms period, otherwise it will have to wait another 16.67ms for the next refresh. That’s the fundamental problem with games that run with v-sync – if that time interval isn’t met, judder creeps in.”

The new Nvidia G-SYNC combats these problems at a handler level by enabling the graphics card to take control of the timing of the monitor. Resulting in no more cheaply could frame is being rendered on-screen and eliminating any judder which would have been seen by gamers in the past.

For more information on this innovative and revolutionary technology that will make PC games even more enjoyable to play jump over to the Nvidia website for full details.