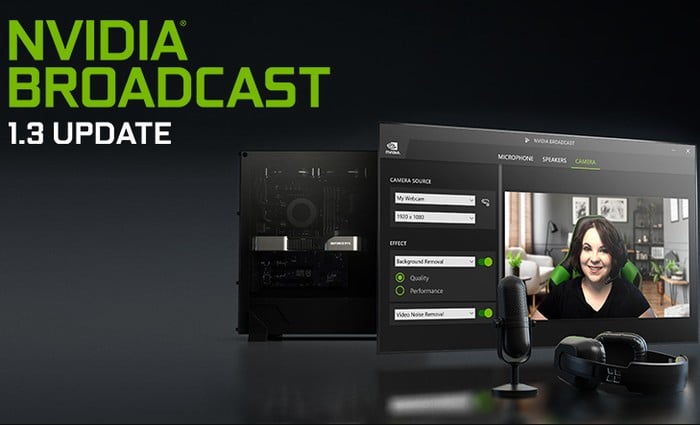 NVIDIA has today released a new version of its Broadcast App in the form of a 1.3 update which brings with it a wide range of tweaks and enhancements improving noise removal, adding support for more cameras and reducing system impact to name just a few. Features of the NVIDIA Broadcast App and ecosystem include :

Watch the video below to learn more about the new features, tweaks and enhancements you can expect in the latest NVIDIA Broadcast App 1.3 update.

“NVIDIA Broadcast’s noise removal AI effect has been widely praised for its ability to remove background noise while keeping speech clear and crisp. The exception? When someone speaks with a lot of emotion — typically speaking loudly or at a higher pitch — and their speech is sometimes inadvertently removed. This rarely happens, but is typically at the peak moments of excitement during a livestream. The new update addresses this with dedicated training sound profiles to retain that speech while removing the unwanted background noise. “