The new prototypes were created in a joint venture between NTT Docomo and Sharp, and the handsets have been given the name ‘Touch Wood’. 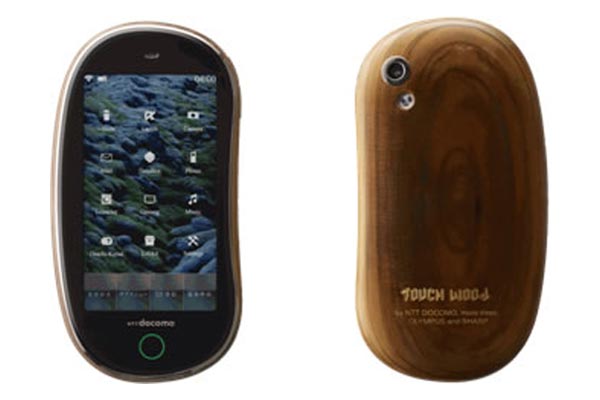 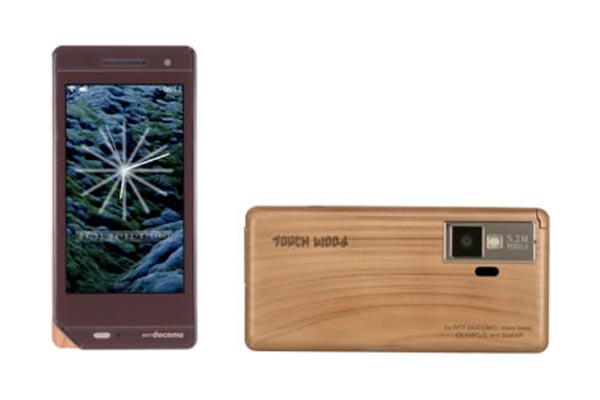 Each TOUCH WOOD handset features its own distinctive grain patterns and natural coloring. No artificial colors or paints are used, so the cypress retains its original natural appearance and aroma. The wood also has an attractive shine that is created during the compression process.

The TOUCH WOOD is made from the surplus wood of trees culled during forest-thinning operations. This new commercial use for thinned wood, which traditionally has only limited applications, helps to preserve other wood resources while strengthening the health of overgrown forests. So far, TOUCH WOOD production has used wood culled from the Shimanto forest in Japan’s Kochi Prefecture. The forest is managed by the more trees project.

Both of these new prototype wooden mobile phones will be exhibited at ITU Telecom World 2009 in Geneva in October, there is no word on when we might see these handsets in the shops or how much they will retail for.