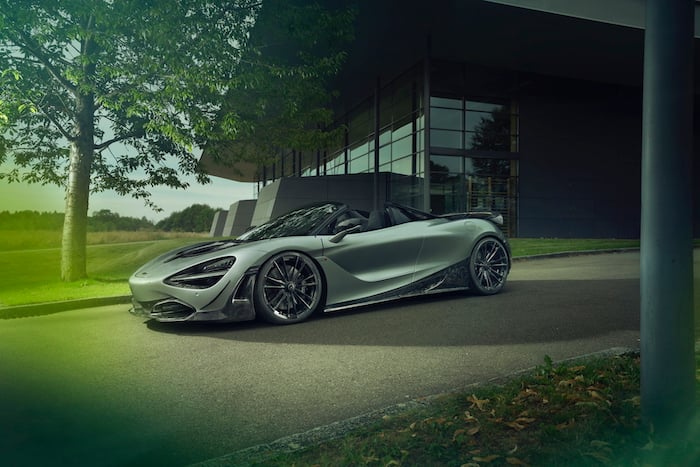 The McLaren 720S Spider gets a number of upgrades including hi tech forged weeks and some performance upgrades which give the car 806 horsepower and 878 Nm of torque. 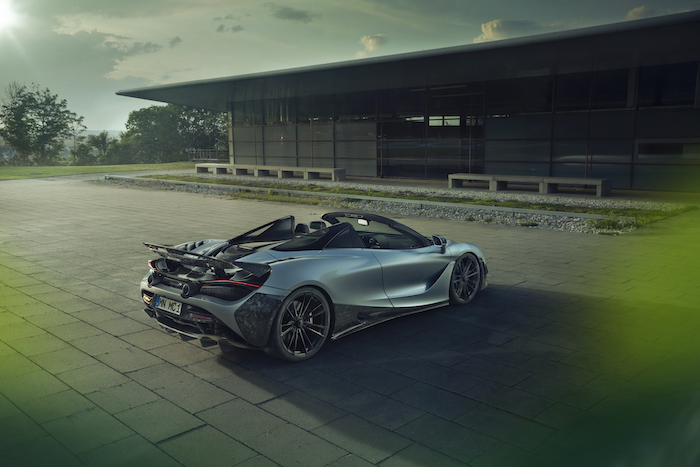 NOVITEC gives the front of the 720S Spider a striking facelift: the production bumper is complemented with a front spoiler, front blade and side flaps, which reduce front-axle lift at high speeds. The thrilling appearance is rounded off with the NOVITEC forged carbon inserts for the headlamps, the N-LARGO trunk lid and the forged carbon housings for the side mirrors.

NOVITEC carbon rocker panels upgrade the sides of the 720S Spider. They continue the racing look consistently. The aerodynamic fine-tuning the NOVITEC way also includes new covers for the side air intakes on both sides of the vehicle. They route the airflow even more precisely into the vents behind the two doors, which provide the engine with breathing and cooling air.

You can find out more details about the Novitec McLaren 720S Spider over at Novitec at the link below.