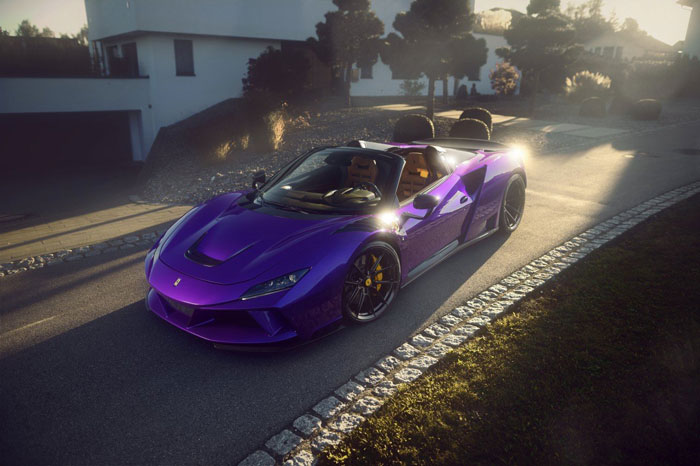 Novitec has revealed its latest revised Ferrari model, and it looks fantastic. It’s called the Ferrari F8 N-Largo Spider, and it’s based on a “normal” Ferrari F8 Spider. The vehicle has been heavily revised on the outside, and the engine bay, and the interior. Novitec plans to make only 15 examples, all fitted with carbon bodywork that is 211 centimeters wide at the rear.

After the modifications, it produces 818 horsepower and 903 Nm of torque. It can accelerate to 100 KM/H in 2.6 seconds. The car can reach 200 KM/H and 7.7 seconds on its way to a top speed of over 340 KM/H. It’s one of the fastest open-top sports cars in the world. The car can also be fitted with various naked carbon fiber trim pieces.