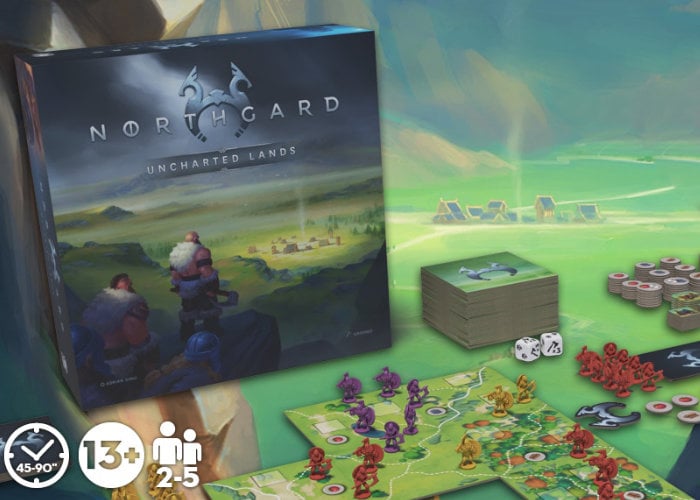 The Northgard: Uncharted Lands board game has been designed to provide a 2-5 player game based on Norse mythology and set during the age of the Vikings. Created by the team at Open Sesame Games based in Paris France the Northgard: Uncharted Lands board game has already raised over €123,000 thanks to over 2,000 backers with still 34 days remaining on its campaign. Watch the videos below for a play through and overall teaser of what you can expect from the “fast-paced” strategy game of “exploration, exploitation, expansion and extermination”.

“Based on the universe of the Northgard videogame, Northgard: Uncharted Lands focuses on streamlined rules and gameplay, allowing for a fast-paced and smooth rhythm of play. Each turn, two to five players at the head of their viking clans will alternate their actions, adapting their strategies to their opponents’ moves and the expansion of the board.”

“Interaction between players is intensified by a “sudden death” victory condition — through conquest or intensive development — that can crush your rivals’ hopes to harvest the most Fame in the standard game duration (7 turns).”