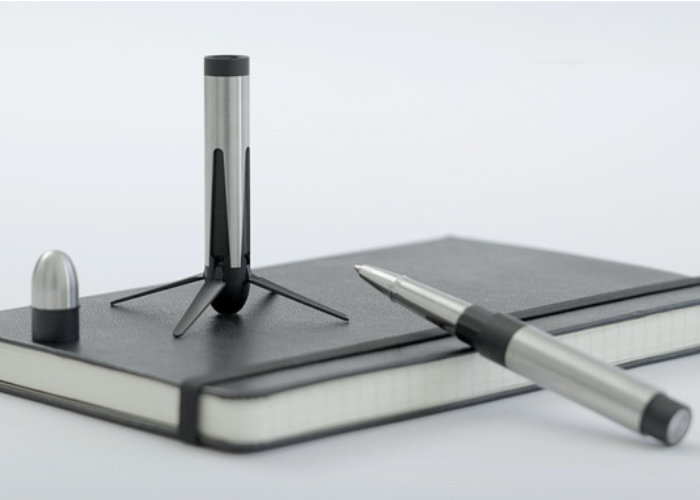 Mercator based in London have designed a new rocket inspired rollerball pen named Nominal, inspired by the SpaceX rocket, and featuring retracting mechanical legs and magnetic capsule. Watch the video below to see the unique mechanism in action.

Nominal has been launched via Kickstarter and is coming to the end of its campaign with just over 24-hour’s remaining. Early bird pledges are available from £53 offering a 55% saving off the recommended retail price. If all goes to plan worldwide shipping is expected to take place before the end of the year. 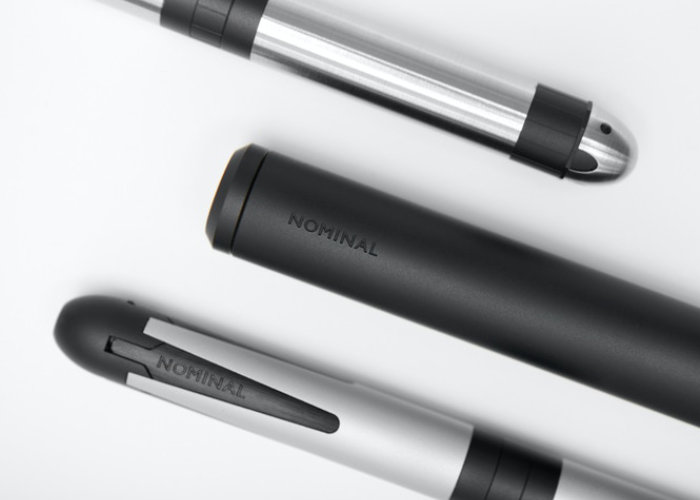 “We are Mercator, a design studio in London. Inspired by SpaceX, we wanted to create something to celebrate this amazing, new dawn in space exploration.Building rockets is hard! And, we’re not rocket engineers… but, we do know how to make a Pen! So, we decided to create Nominal – the most complex writing instrument we’ve designed to date. A precision-engineered desk pen with a playful mechanical movement. Available in Aluminium or Stainless Steel.”

“It has four retractable landing legs, similar to those on the Falcon 9 Rocket. A magnetic detachable crew capsule, ready for splashdown. And, just in case you’re on the next mission, each is fitted with a Schmidt P950M pressurised refill, capable of writing in zero-gravity. But, if you find you are more land-based, we have designed a simple screw mechanism into the base so it can use most other standard refills.” 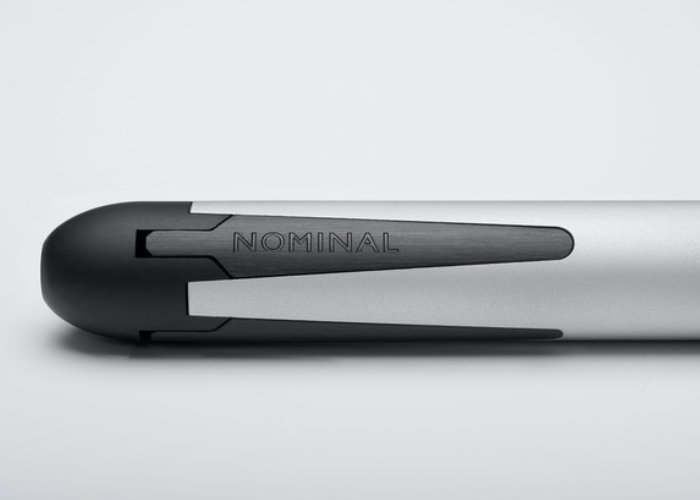 Features of the Nominal pen :

– Made of 34 individual components, most of which are CNC-machined to precision in 316L stainless steel and aircraft grade aluminium.
– Four retracting legs operated by simply twisting the body of the pen – allowing for a soft landing on your desk.
– A magnetic Crew Cabin Capsule slides off to reveal a Black Mother of Pearl end cap. Should you wish, this end cap can be engraved with your own Monogram for a small fee (refer to Personalisation section below).
– A Schmidt P950M Medium Black pressurised refill was carefully selected for its very smooth ink flow and easy writing experience at any angle.
– Anodized Satin Black & Silver Aluminium
– Polished Stainless Steel
– Mother of Pearl end cap insert