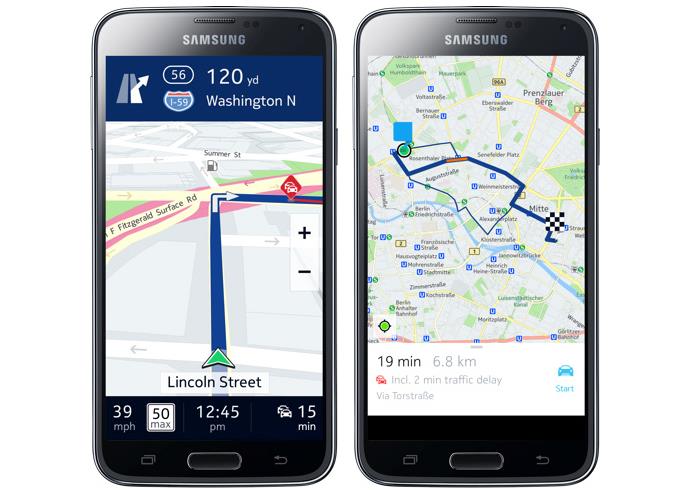 Nokia HERE Maps is a name which comes to mind mostly when we’re talking about the Windows Phone OS. Well, it seems the service is coming to Android devices as well, but it will be exclusive to Samsung Galaxy handsets for now.

The folks at HERE mentioned that it will be available a free app, thanks to a licensing deal with the Korean OEM, making it exclusively available for Galaxy handsets. It’s a big step for HERE maps as its making its way to Android with all its features, and a landmark between Nokia and Samsung.

What’s more surprising is that HERE maps is coming to Android with all its core features. This means that users will be able to find the way to their destinations even when there’s no internet connectivity, thanks to the GPS. Some other features include maps for almost 200 countries, turn-by-turn and drive support in 100 of those countries, traffice information, transit maps and direction in several areas across the globe.

It’s not just the Galaxy handsets, HERE maps will be available for the recently announced Gear S smartphone which comes with Tizen as its operating system. Another interesting feature is Glympse, which Android, iPhone and Windows Phone users the ability to share their location in real-time with people they trust.

HERE for Galaxy handsets and Tizen smartwatches will be available when Gear S hits retail across the globe — that’s expected to happen sometime in October.