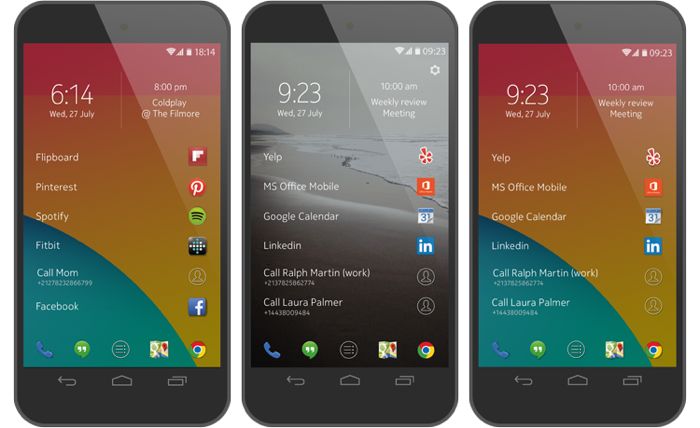 We are expecting a new Android smartphone from Nokia next week in the form of the Nokia X2, although this will actually be a smartphone that is released by the part of Nokia that Microsoft now owns.

Now the part of Nokia that is left, and not owned by Microsoft, which is their technologies group, has released an Android launcher called the Z Launcher.

Did you know every time you shuffle a deck of playing cards, you’re making history? With 52 cards to a deck, the number of possible combinations is so huge that your combination probably never existed before. Our phones are starting to feel this random too.

Finding the right app or contact – your Ace of Spades – constantly changes depending on where you are, what you’re doing, and what time of day it is. We’re introducing a pre-beta version of the Z Launcher to help change this.

The Z launcher is a home screen launcher for you Android smartphone, this is the first project launched by the new Nokia team since Microsoft purchased their mobile phone business.

You can find out more details about the new Z Launcher from Nokia over at their website at the link below.