Some of our readers will remember the Nokia X6 that was announced back in September, good news if you have been waiting to get your hands on one as the Nokia X6 is now shipping  in the UK and Europe.

The Nokia X6 features a 3.2 inch touchscreen LCD display with a resolution of 360 x 640, it comes with 32GB of storage built in and features a 5 megapixel camera with a Carl Zeiss lens and a dual LED flash. 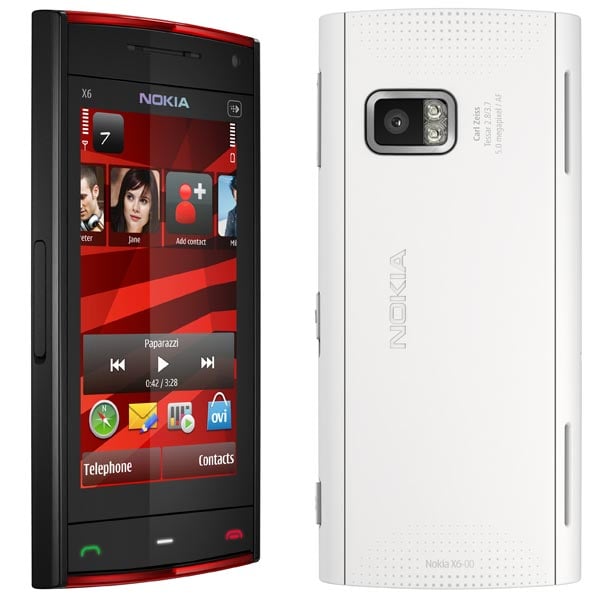 “The Nokia X6 Comes With Music edition is a stellar offering, that gives music fans the power to download all the music they could ever want – quickly, easily and for free,” said Ole Feddersen, vice president, smartphones, Nokia. “We are giving people a handy access to and ownership of a vast music library and a great new touchscreen device to play their music on.”

The Nokia X6 will be available shortly for around 450 Euros without a contract in the UK and Europe.