No actual shutters will be involved unless Nokia had the store servers over by the window, but the fact of the matter is Nokia’s own digital storefronts in France and Spain, confronted with aggressive pricing from third parties also compounded by carrier subsidies, will be bidding adieu and respectively hasta la vista. 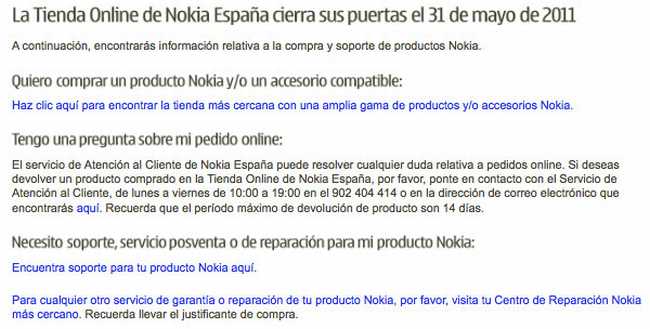 “Prices are too subsidized by the carriers and sales were low, so they will keep providing support,” according to a Nokia rep. “Plus, people kept asking where the Android section of our store was, it was getting embarrassing,” he would have supposedly gone on to say if injected with truth serum. Fortunately, the sites will still be carrying out their support duties, because who else are all those customers going to ask when their E6 Android update is coming? Take a look and our article on Android vs iPhone to see which smartphone and mobile platform is best for you.