Nokia unveiled its Windows RT 8.1 powered Nokia Lumia 2520 last month at Nokia World, which is expected to hit the shelves in the US and other regions across the globe by the end of this year for $499. If you’re a Verizon customer and thinking about buying the tablet, you may save a $100 bucks on the tablet if you purchase it with a contract.

A new rumor suggest that Verizon will sell the Nokia Lumia 2520 for just $399, a saving of $100. There’s a catch here, you must sign up for a two-year agreement with the carrier. 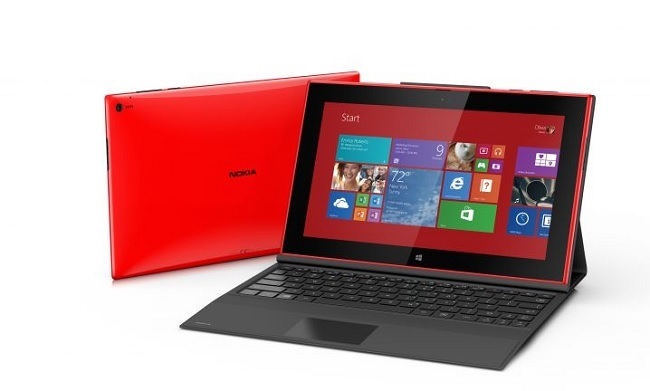 The folks at WPCentral received an image of a Verizon promotion that will run during the Black Friday. It’s a time when almost every product in the market is offered for a discounted price. Although there’s a slight error on the flyer, Nokia Lumia comes with Windows RT 8.1, not Windows 8.1. Let’s hope the folks at Verizon will fix it before the promotion goes live. 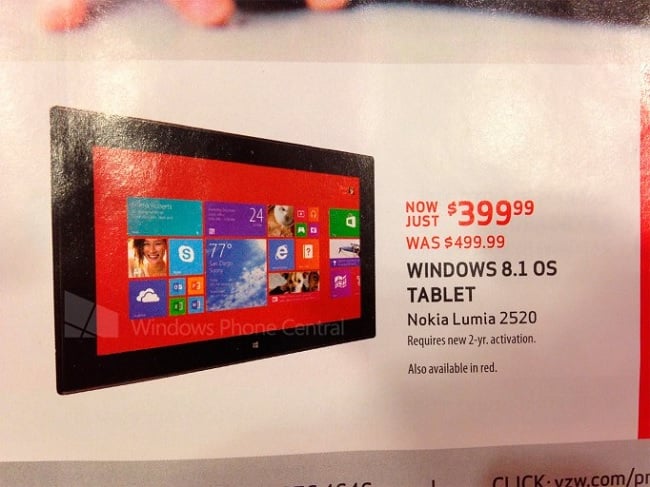 Nokia Lumia 2520 comes with a 10.1-inch display sporting a resolution of 1920 x 1080 pixels and a quad-core Snapdragon clocked at 2.2GHz with 2GB RAM. The tablet comes with 32GB storage on board with expandable memory that supports up to 32GB microSD card. Other features include a 6.7MP rear camera, WiFi, LTE, Bluetooth and a massive 8,00 mAh battery.

As reported earlier, the tablet is expected to hit the shelves on 22nd November for both AT&T and Verizon, along with the Nokia Lumia 1520 phablet.