Nokia has been hard at work creating a new Foursquare app that will be released next week. The new app has been designed to fill the gap left by Nokia’s Ovi Maps service, that still will not allow Foursquare check-in, but now has a social check-in feature. Watch a demo of the new Foursquare app put through its paces after the break. 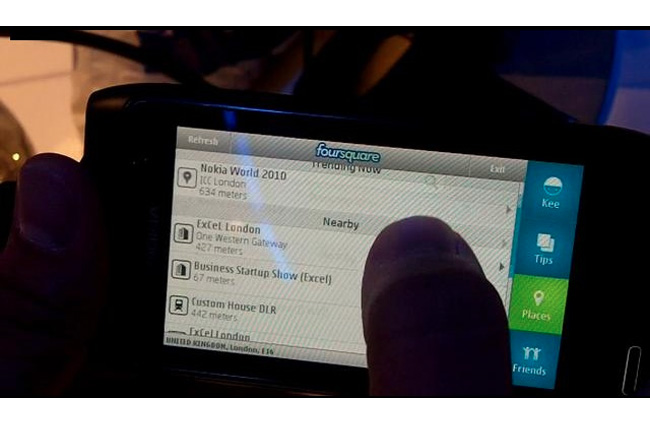 The new App has been developed in house by Nokia and has been fully approved  by Foursquare at the Nokia world event in London this week.

The new Nokia Foursquare app should be in the Ovi Store  next week and will be compatible with Symbian^3, 5.0 and 3.2 devices.