Nokia and Microsoft have announced a special Windows Phone press event for the 5th of September, and whilst they didn’t reveal any specific details about the event, we suspect that they will be announcing Nokia;s first Windows Phone 8 smartphones.

The Nokia and Microsoft Windows Phone event will take place in New York at 9.30AM on September the 5th, and we can expect to see a number of new Windows Phone 8 handsets from Nokia. 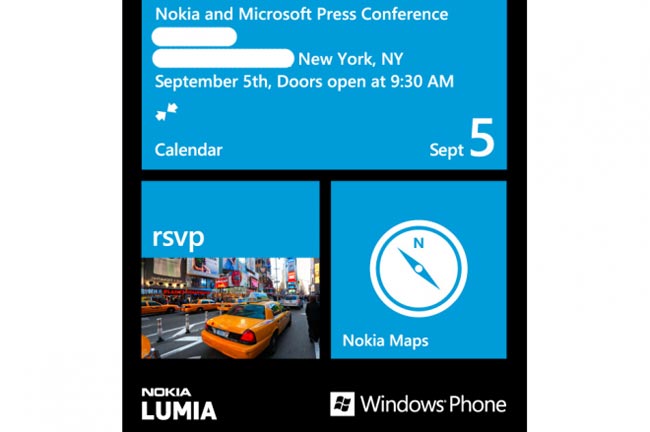 We suspect that Microsoft will also unveil the date that Windows Phone 8 will launch at the event, we wonder if the first Windows Phone 8 handsets will go on sale before Apple’s new iPhone 5, which is rumored to launch in either the 3rd or 4th week of September, and Apple are expected to announce the device on the 12th of September.

It will be interesting to see what Nokia’s new Windows Phone 8 devices are like, and we are hoping that they will come with Nokia’s PureView camera technology which Nokia has said will be available in future Windows Phone devices.