The guys over at GSM Arena have managed to get their hands on some photos of a yet to be announced Nokia Symbian smartphone, the Nokia 700 (Zeta), along with some specifications.

According to the report the Nokia 700 is running Symbian Belle, which is the next version of Symbian after Symbian Anna, and it features a 3.2 inch nHD AMOLED display, and a possible 1GHz processor. 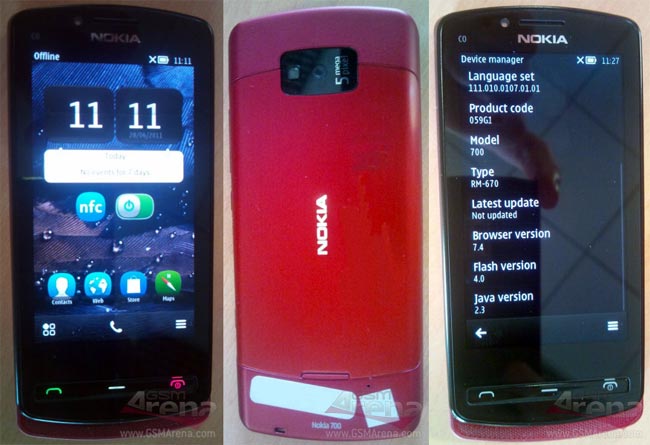 Other specifications include a 5 megapixel camera with an LED flash, and it looks like it may also feature NFC capabilities, head on over to GSM Arena and have a look at the rest of the photos and also some more details on the Nokia 700.