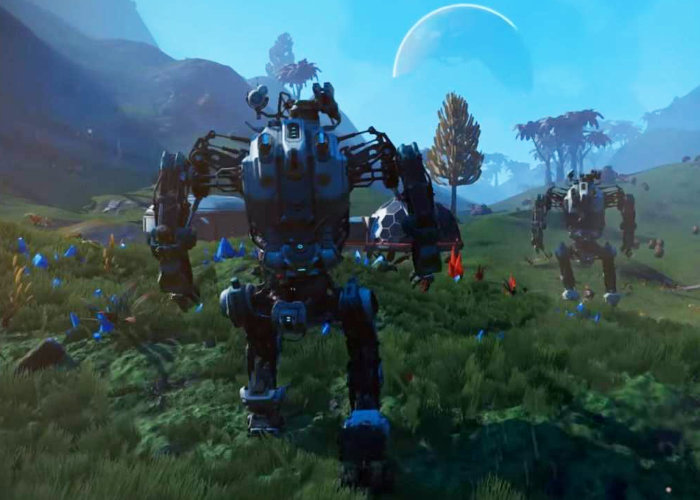 Thanks to a leaked video it seems that the popular space simulation and adventure game No Man’s Sky will soon be featuring mechanised transport. Hello Games the developer and studio responsible for creating the sandbox space game has not yet confirmed the addition of No Man’s Sky mechs, but the Xbox team seems to have inadvertently published a video a little earlier than expected to YouTube.

As you would expect the Xbox YouTube trailer was quickly removed from the channel but not before the video was captured. Check out the video embedded below to learn more about the No Man’s Sky mechs which are expected to be announced very soon.

Unfortunately the trailer doesn’t give many details away about how you can build your mechanised vehicle or when the update will arrive. The mechs do not look as though they can travel very fast, although they do seem to be able to mine and are presumed to be able to battle as well. As soon as more information is made available either leaked or officially announced we will keep you up to speed as always.