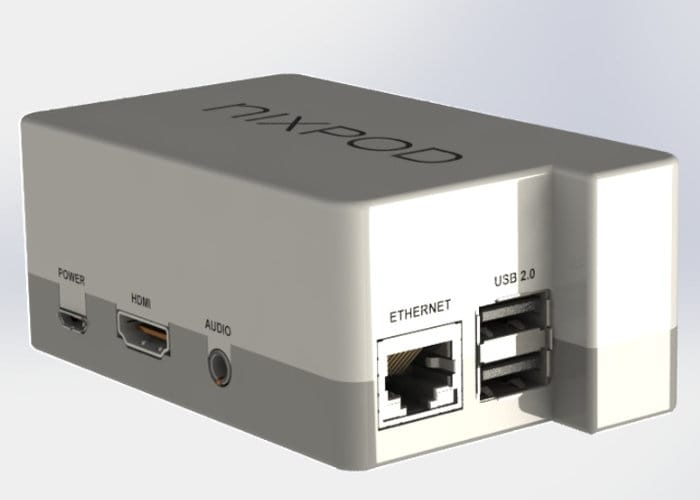 Developers, enthusiasts and hobbyists searching for a small affordable home networking device which can be used for file sharing, media streaming and DIY applications may be interested in the Nixpod mini PC developed by Sateesh Bombhore based in Toronto, Canada.

The Nixpod take the form of a Linux multifunctional developer mini PC system, that has this week launched via Kickstarter to raise the required CAD$129,000 needed to take the project to market. Pledges start from CAD$299 or £167 for early bird backers with shipping expected to take place during July 2018 if the crowdfunding campaign is successful.

As you have already probably guessed by the image above the compact system is powered by the awesome Raspberry Pi mini PC and under the hood is equipped with an expansion board to accommodate an mSATA SSD drive. The creator of Nixpod explained more about its features and functionality and inspiration. “Nixpod’s multi functionality combined with its versatility and portability makes it a unique device in its class offering the power and space needed for your home usage needs. There simply isn’t another ready and “out of the box” device that will readily plug-in and be operational upon startup!”

For more information and full specifications, together with a list of all available pledges jump over to the official crowdfunding campaign page which is now underway on Kickstarter, by using the link below.