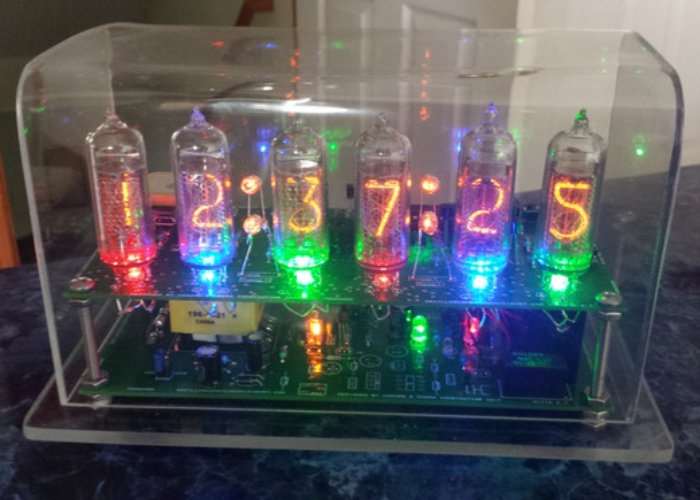 Howard Constantine has created a seventh Nixie Clock kit which is now equipped with a GPS module and come supplied with new firmware as well as plenty of improvements and enhancements to the PC board.

Watch the video below to learn more about the Nixie Clock VII which is taken to Kickstarter this week to raise the funds required to go into production. Pledges start from $155 for the do it yourself kit which is expected to start shipping out to backers during November 2017.

We have improved this design again by adding a GPS module for automatic time & date set and integrating the module & small internal antenna, and also the option of a one pulse per second timebase. RGB leds make possible multiple user selected colors for the lighting under the tubes.

There is an option to build with either the line supply (standard AC cord) or a switching power supply (wall wart), that makes this version more flexible. We designed the nixie clock to be aesthetically pleasing and sturdily built as well as long lasting. One of the features that sets it apart from other nixie clocks is the unique homemade enclosure. I fashion these out of a 1/4″ plexiglass base and a thermo-formed 1/8″ plexiglass shroud or dust cover.

Jump over to the official Kickstarter campaign page by following the link below.