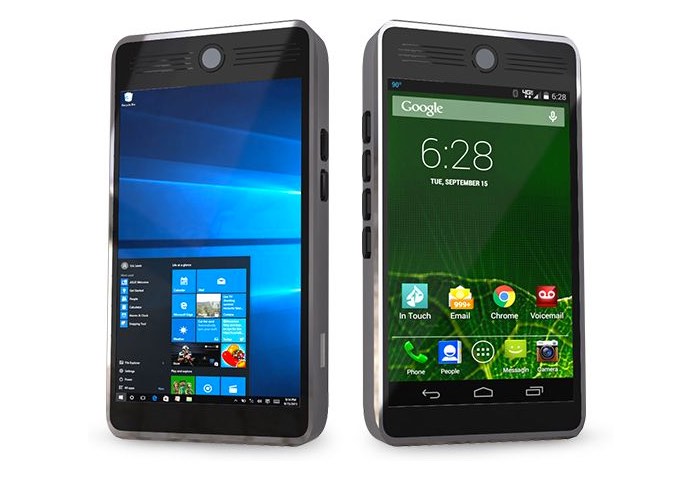 If you are looking for a way to carry both an Android and Windows PC in your pocket at the same time, you may be interested in the new Nitro Duo hardware, which takes the form of a small 5 inch touchscreen mini PC ad phone that is capable of running both operating systems.

The device consists of both a Windows PC and Android smartphone in one pocket sized device which is powered by an an Intel Atom Z3745 Bay Trail processor supported by 4 GB of RAM and 256 solid state disk (SSD) to run the Windows PC side.

While on the smartphone side the Android operating system is powered by a Freescale i.MX6 Quad ARM Cortex-A9 processor which is supported by 2GB of RAM and is also equipped with an 8GB SD card for storage as well as connectivity provided by a 4G LTE modem. Watch the video below to learn more about this very unique piece of hardware that provides both an Android smartphone and Windows mini PC in one device.

The Nitro Duo is currently in its prototyping stage of development and is currently equipped with a 5 inch touchscreen that provides users with a resolution of 800 x 4 80 pixels thanks to its TN LCD display and uses a Xilinx FPGA for power management.

Unfortunately no information on pricing or worldwide availability has been released as yet, but as soon as information comes to light we will keep you updated as always. In the meantime jump over to the Liliputing website via the link below for more information and details.