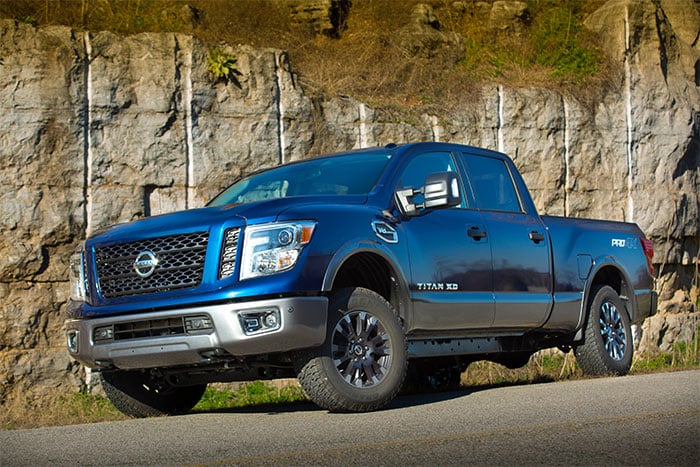 Nissan has announced that the gas V8 used under the hood of the new Titan and Titan XD will be very different from the gas V8 used in previous versions of the Titan. While the new Endurance V8 displaces the same 5.6L as the old V8, displacement is where the similarities end. The new V8 makes more power and torque to the tune of 390hp at 5,800 rpm and 401 lb-ft of torque at 4,000 rpm.

The old V8 made 317hp and 385 lb-ft of torque. Nissan’s new gas V8 also has Variable Valve Event & Lift tech, Direct Injection Gas technology and a higher compression ratio. The new engine has an 11.2:1 compression ratio compared to the 9.8:1 ratio of the old engine. That tech should mean that while the new V8 makes more power, it also has better fuel economy.

Titan XD models will be fitted with that V8 and a 7-speed automatic transmission with Adaptive Shift control and Downshift Rev matching. Nissan is holding back on some of the details on the Endurance V8 powered trucks and more details will be offered closer to the spring 2016 launch of the truck.