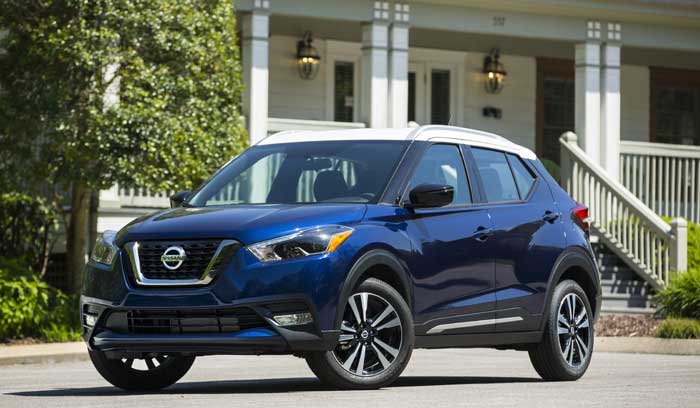 Nissan has announced the pricing on its next crossover that will slip into its lineup. The crossover is called the Kicks and it will come in three versions starting well under $20,000. The Kicks S is the $17,990 version. Kicks SV will sell for $19,690 and Kicks SR will sell for $20,290.

All those prices are minus the $975 destination and handling fee. Power comes from a 1.6L four making 125hp and 115 lb-ft of torque. All versions are front-wheel-drive and use an Xtronic transmission.

Kicks will come in seven different colors with five two-tone options. Two-tone selections will include a black roof with white, orange, or red body. Nissan will also offer an orange roof and grey body version and a white roof and blue body version. Automatic emergency braking is standard along with the two up level versions getting blind spot monitoring and more.