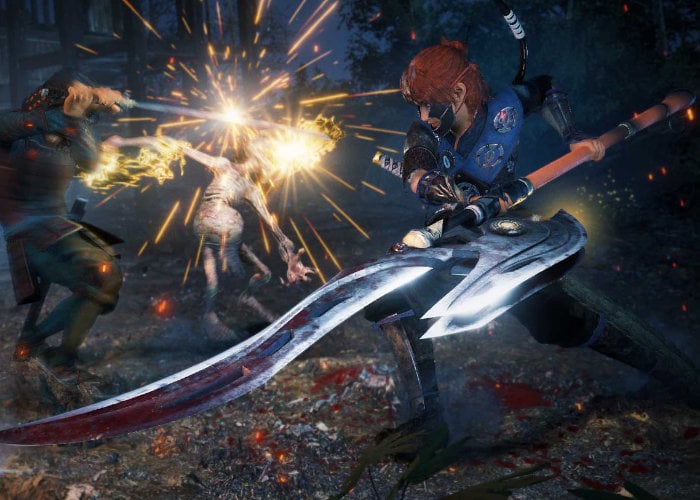 Fumihiko Yasuda Producer at game development studio Team Ninja has taken to the official PlayStation blog this week to announce Nioh 2 will be officially launching on the PlayStation 4 on March 13th 2020. Fans of Nioh will also be able to take part in the Nioh 2 beta development stage which starts tomorrow on November 1st, 2019.

The Nioh 2 open beta will be available from November 1st until 10th and is downloadable from PlayStation Store. Once installed players will be able to experience new elements such as, extensive character customisation , the newest weapon, the Switchglaive, and more.

“As you begin the beta, you will enter into a place called the Interim. Unlike the dojo tutorial from the previous game, the Interim is a safe zone where you will be able to choose your weapons, test out the basic moves and transition to a real stage when you are ready. This place was designed and based on the Tibetan Buddhist concept of intermediate, transitional state between life and death. I’m actually very fond of the environment we created which is modeled after the Sanzu river surrounded in tranquility (similar to the river Styx from Greek mythology). As you move on from the Interim, you will start your journey in a stage called Sunomata. This stage is based on the Sunomata castle which by some accounts was constructed in just one night by Hideyoshi. The experience will be an interpretation of historical actualities combined with a healthy injection of Yokai adventure!”

Yasuda explains more about the development of Nioh 2 : “I know many of you have been waiting and we thank you for your patience while we worked to set an official date. One of the primary reasons for not rushing to set a launch date was to ensure that we can achieve a “genuine evolution” from Nioh, which to us meant that we needed to bring in fresh new elements while retaining the things that we felt were right from the first game. Although there weren’t enough significant changes in the Alpha, we now feel that we have come much closer to reaching our goals.”

More information about the new Nioh 2 game launching on the PlayStation 4 on March 13th, 2020 and the Nioh 2 beta opening tomorrow jump over to the official PlayStation blog.