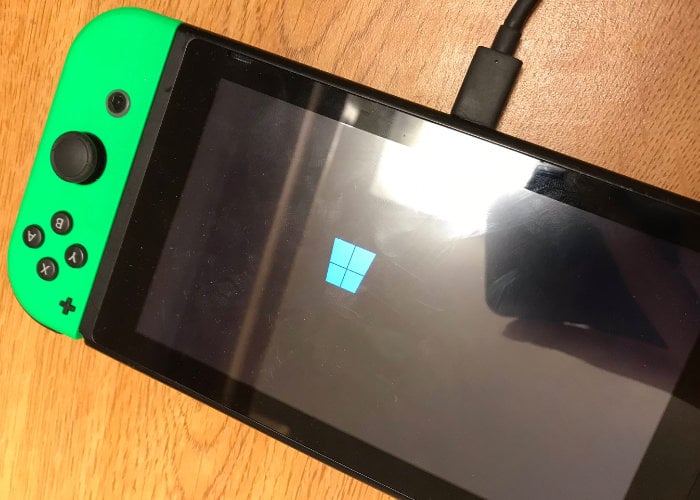 A variety of different operating systems have been loaded onto the Nintendo Switch handheld games console including Android and Linux. Adding to the list is Ben Imbushuo who has published images of any Windows 10 port and installation for the Nintendo Switch. The port is currently still under progress as the images on Twitter show the Microsoft windows operating system only booting on the Switch console at the current time. 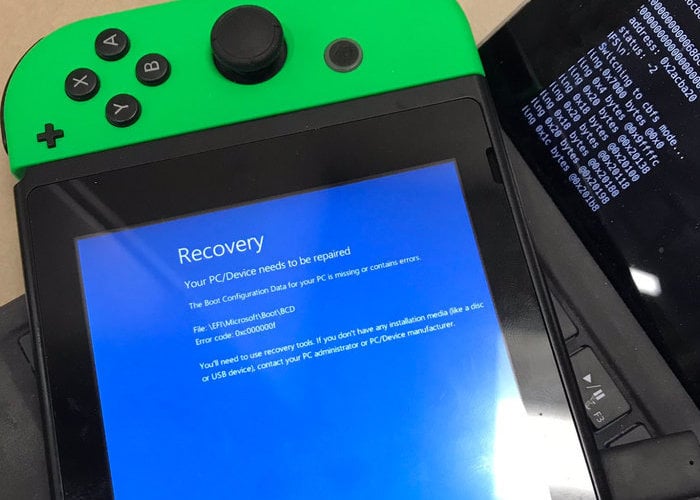 Even if the Windows 10 operating system is fully installed on the Nintendo Switch console due to the processing power provided by a NVIDIA Tegra X1 processor you can expect the experience to be pretty slow at best. Although it’s more about whether it can be done rather than using the system on a daily basis. Don’t forget that Microsoft or Nintendo have not provided any official support for this application.

As soon as more information is released on the progress of running Windows 10 on the Switch handheld console will keep you up to speed as always. But for now jump over to the Ben Imbushuo Twitter account to follow his progress.