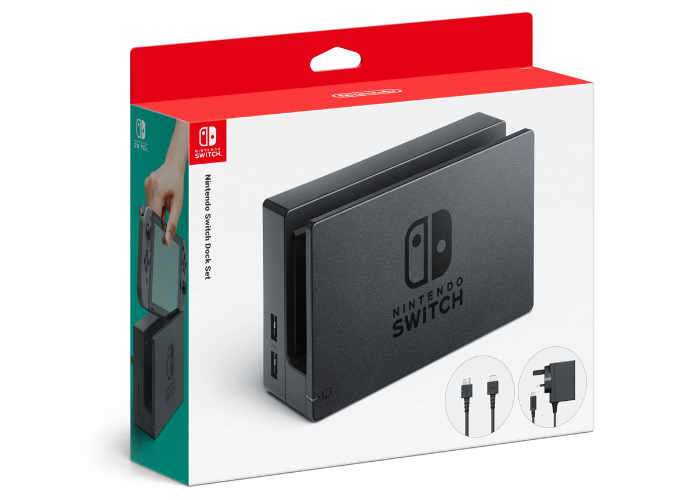 Nintendo has officially announced via a Tweet that the official Nintendo Switch Dock Set will be arriving on the shores of the UK next month and will be available to purchase from retail stores and online from June 23rd, 2017 onwards.

As you can properly work out from the image above the Nintendo Switch Dock includes an AC adapter and an HDMI cable and allows you to dock your Nintendo Switch with other displays dotted around your home.

Nintendo hasn’t as yet announced the price of the Switch Dock in the UK but for comparison, it is currently priced at $90 in the US so expect it to be priced around £70 when it arrives next month.

Soon as more details on confirmed pricing are released by Nintendo we will keep you up-to-date as always.